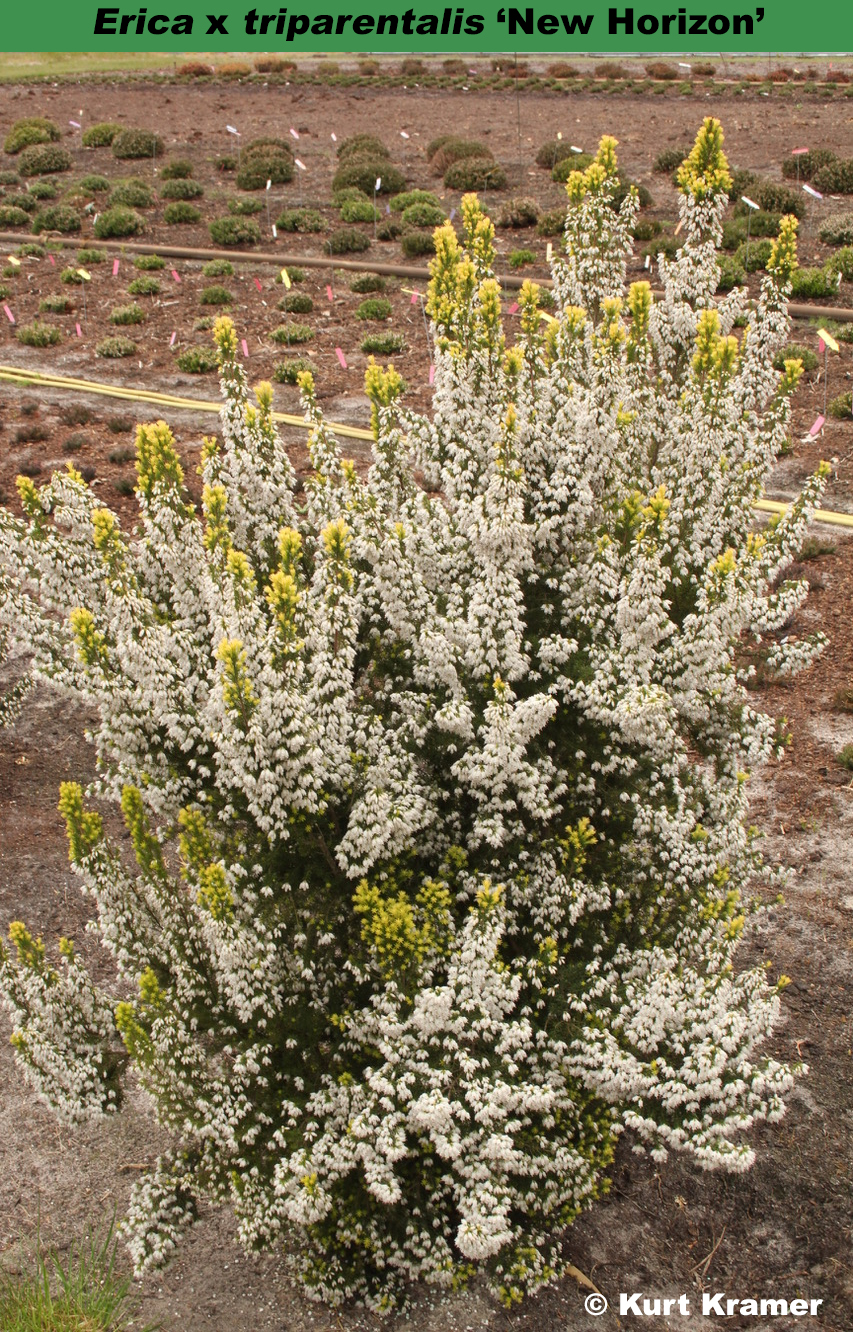 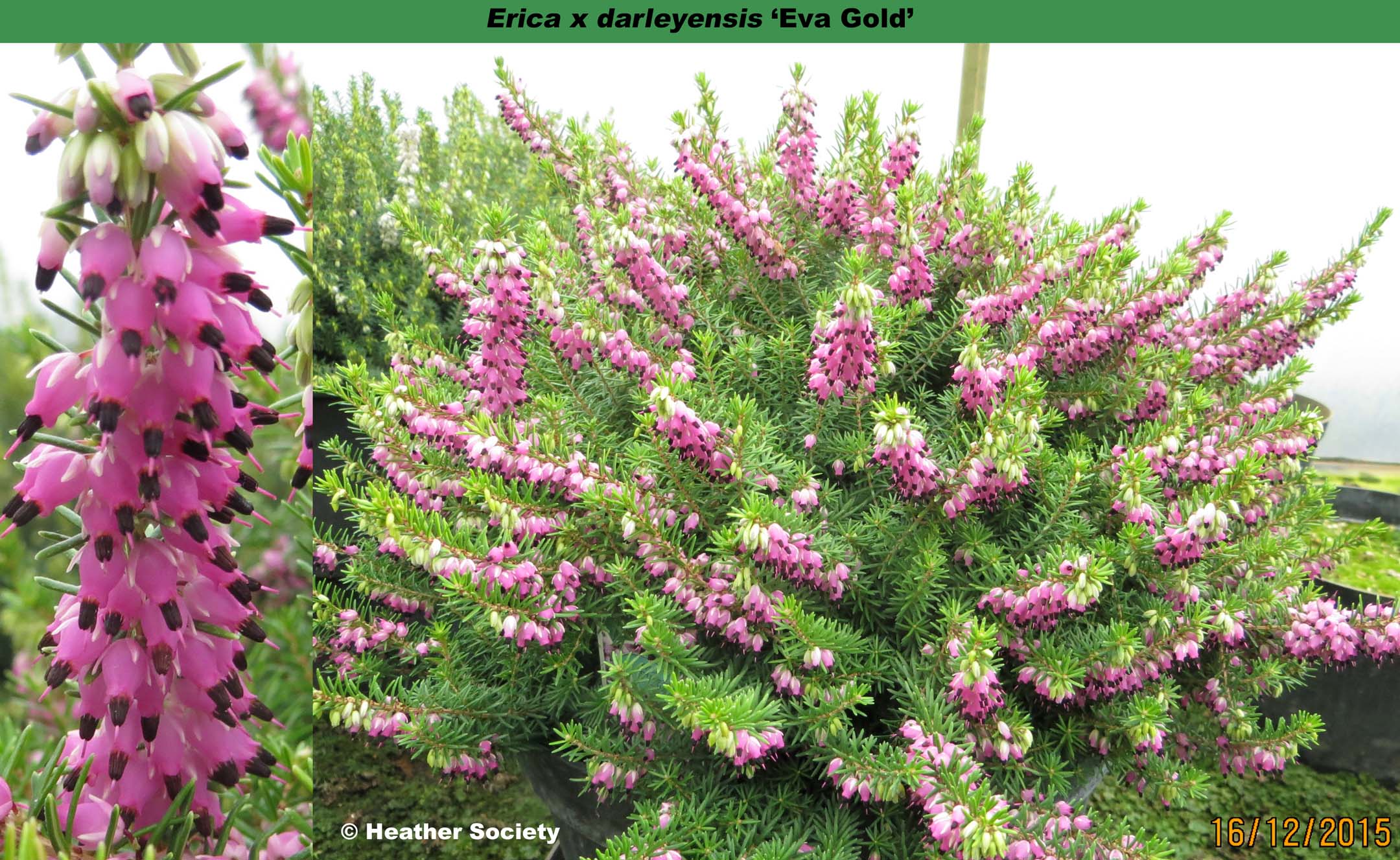 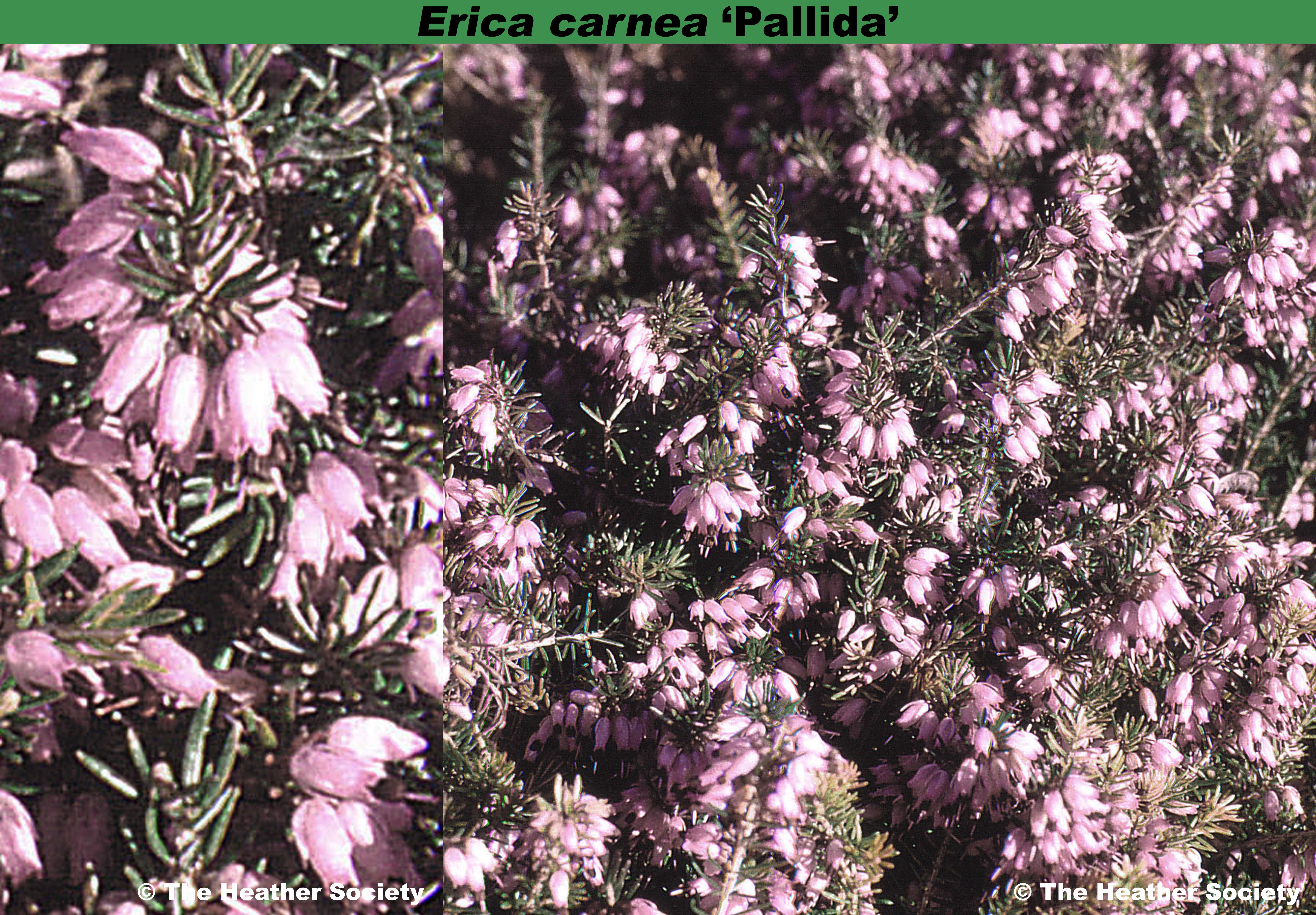 Named from pallidus = pale. Originally published as var. pallida. It is unlikely that Backhouse’s original clone is the same as the present one. 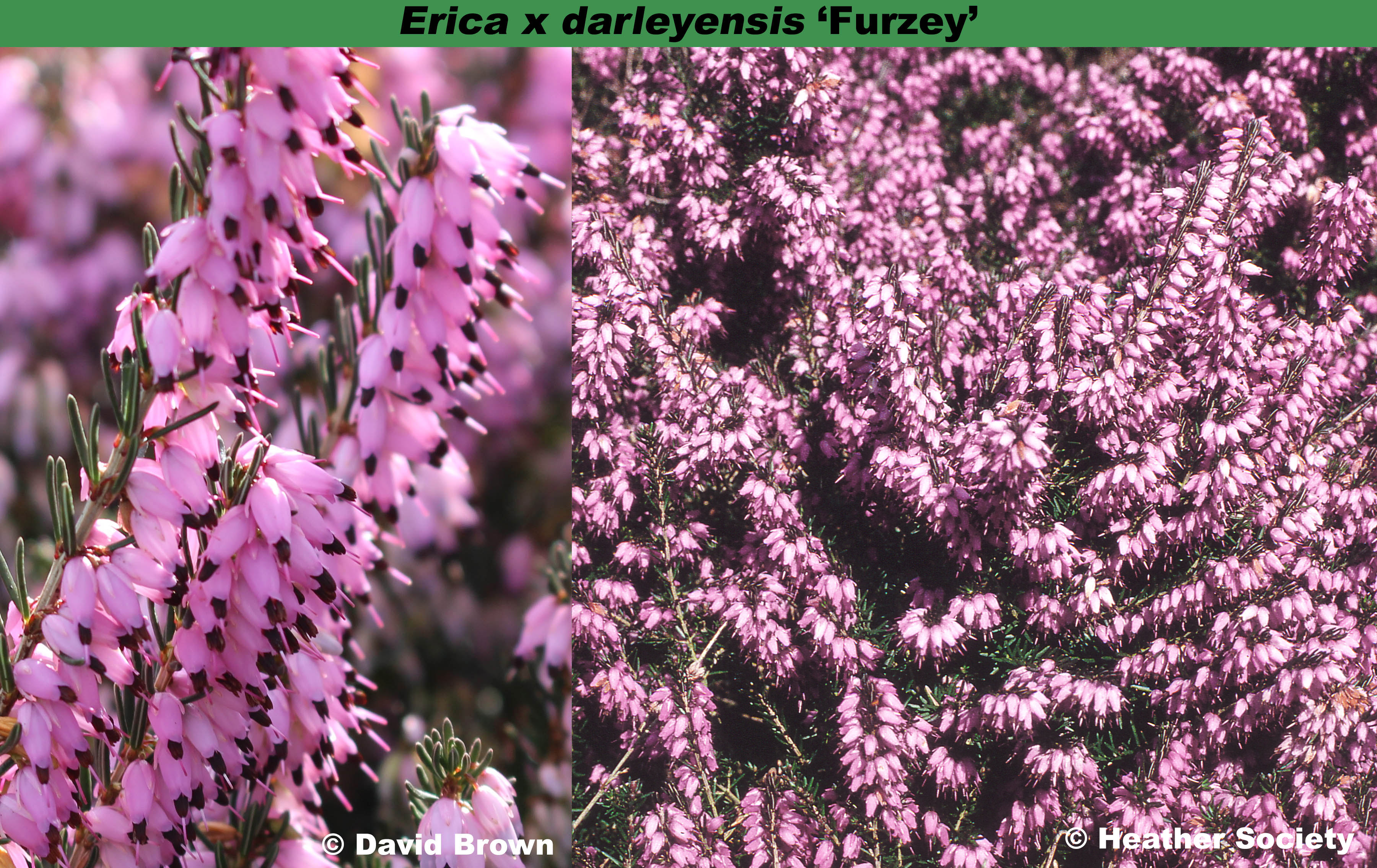 Named after the garden in which it originated. 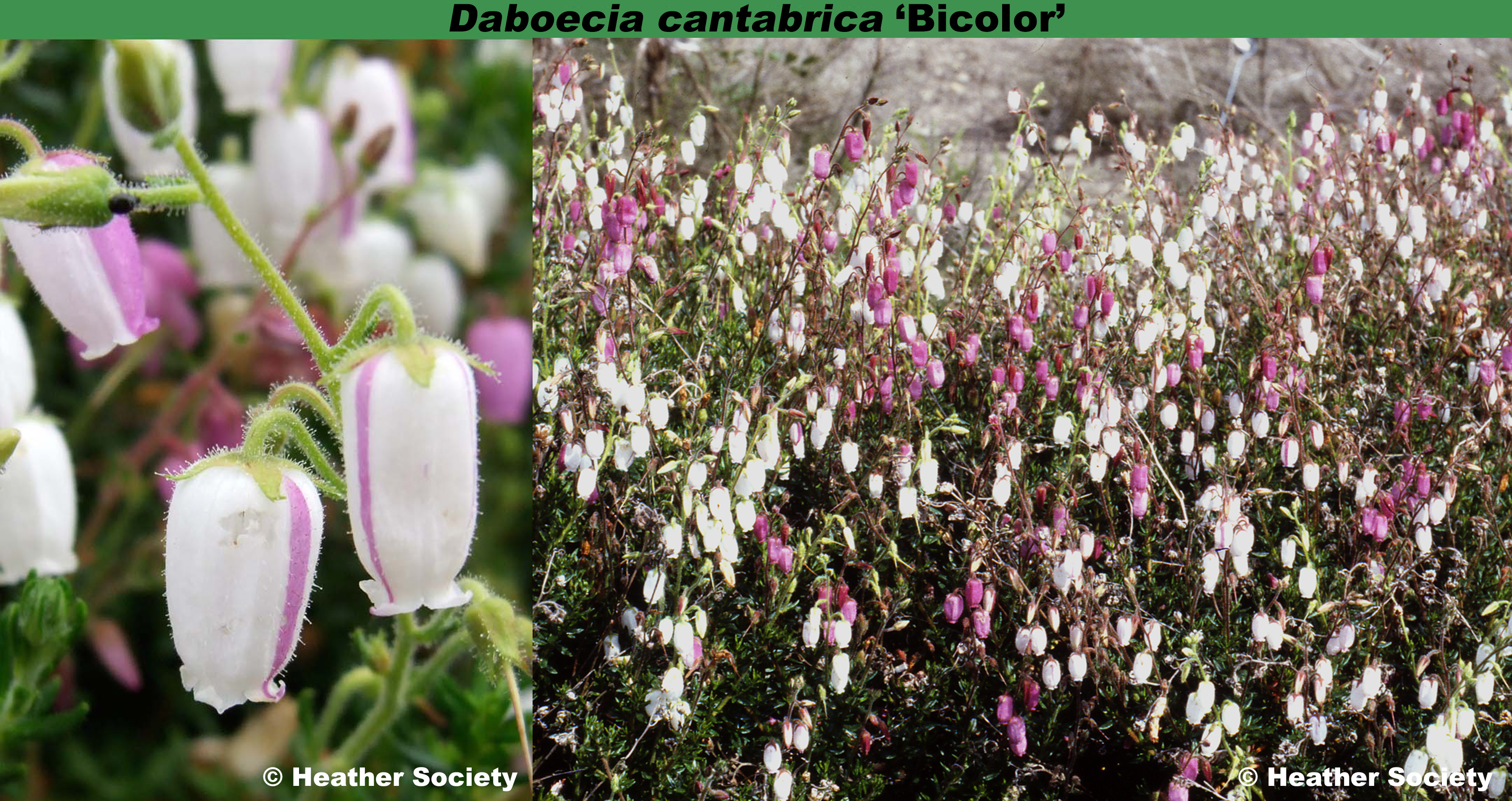 White and beetroot (H9) flowers, some striped, often found on the same stem. Can often be late flowering, as is mine this year.

No history has been traced; as Menziesia polifolia variicolor, it was cultivated by Waterer as early as 1874. 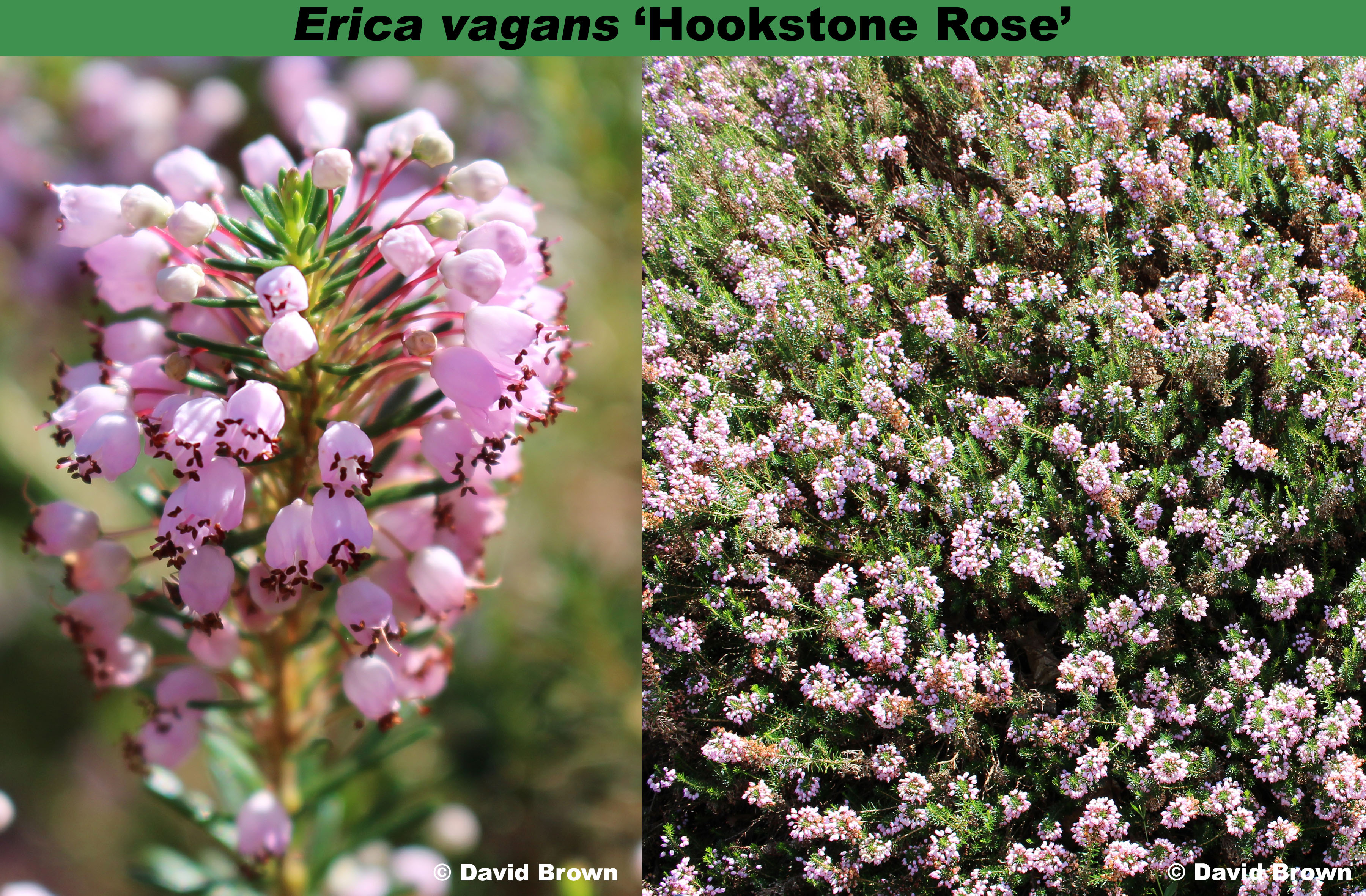 Named after the Underwoods’ nursery, and the flower colour. 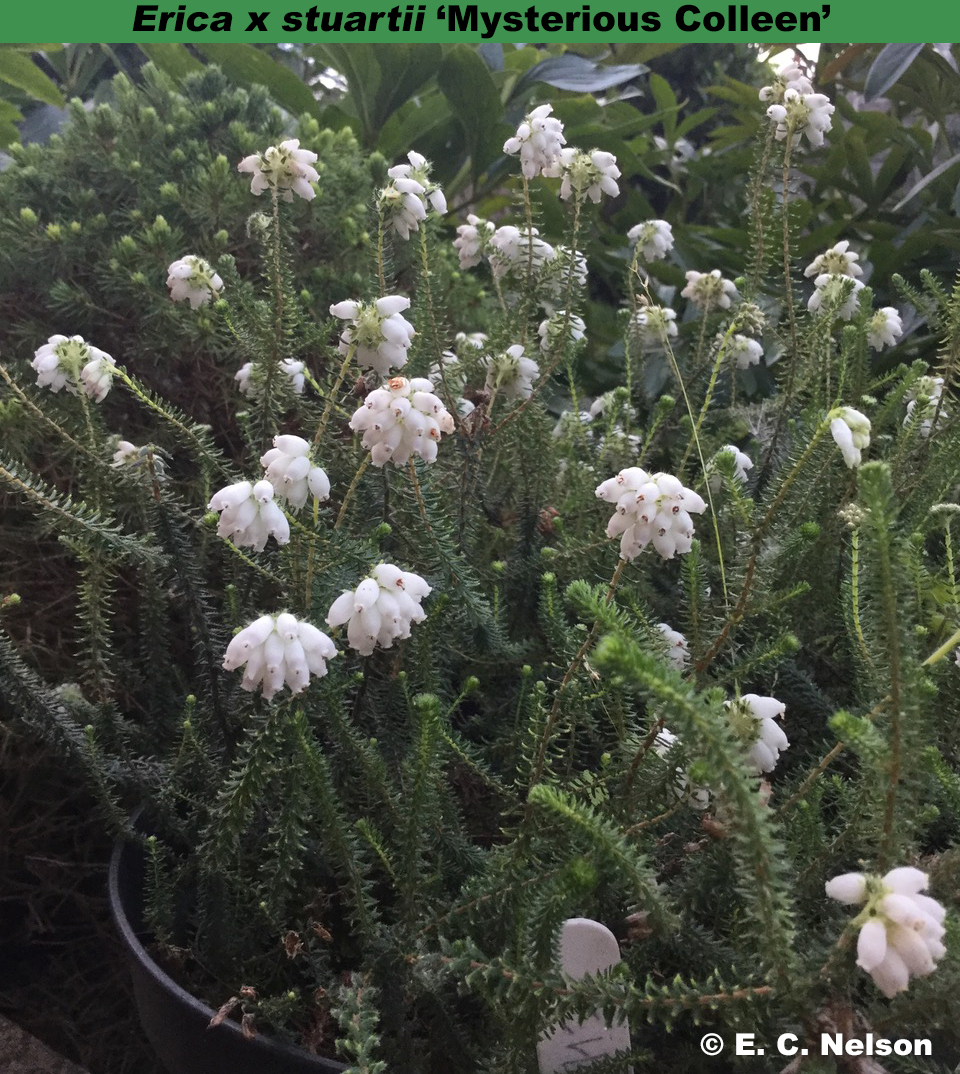 The origin of this clone is not known. It has been grown in Connemara by Susie and Alan Kay from material given to Susie Kay by Dr John Griffiths, and in Norfolk by Dr E. C. Nelson. 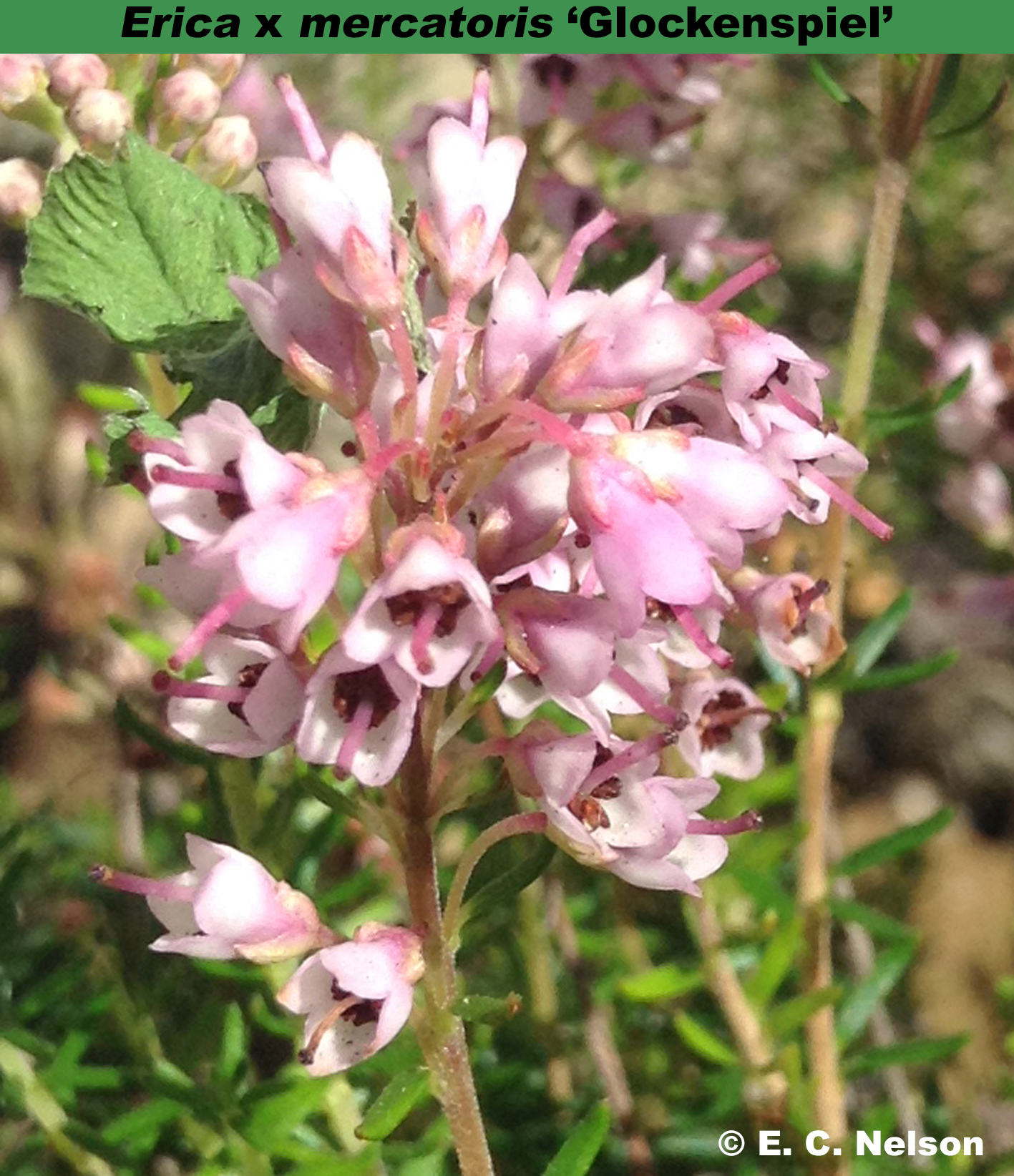 This name is chosen as the German equivalent of carillon, a musical instrument comprising a collection of at least 23 bells.

See The June 2019 RHS publication The Plantsman for more details. 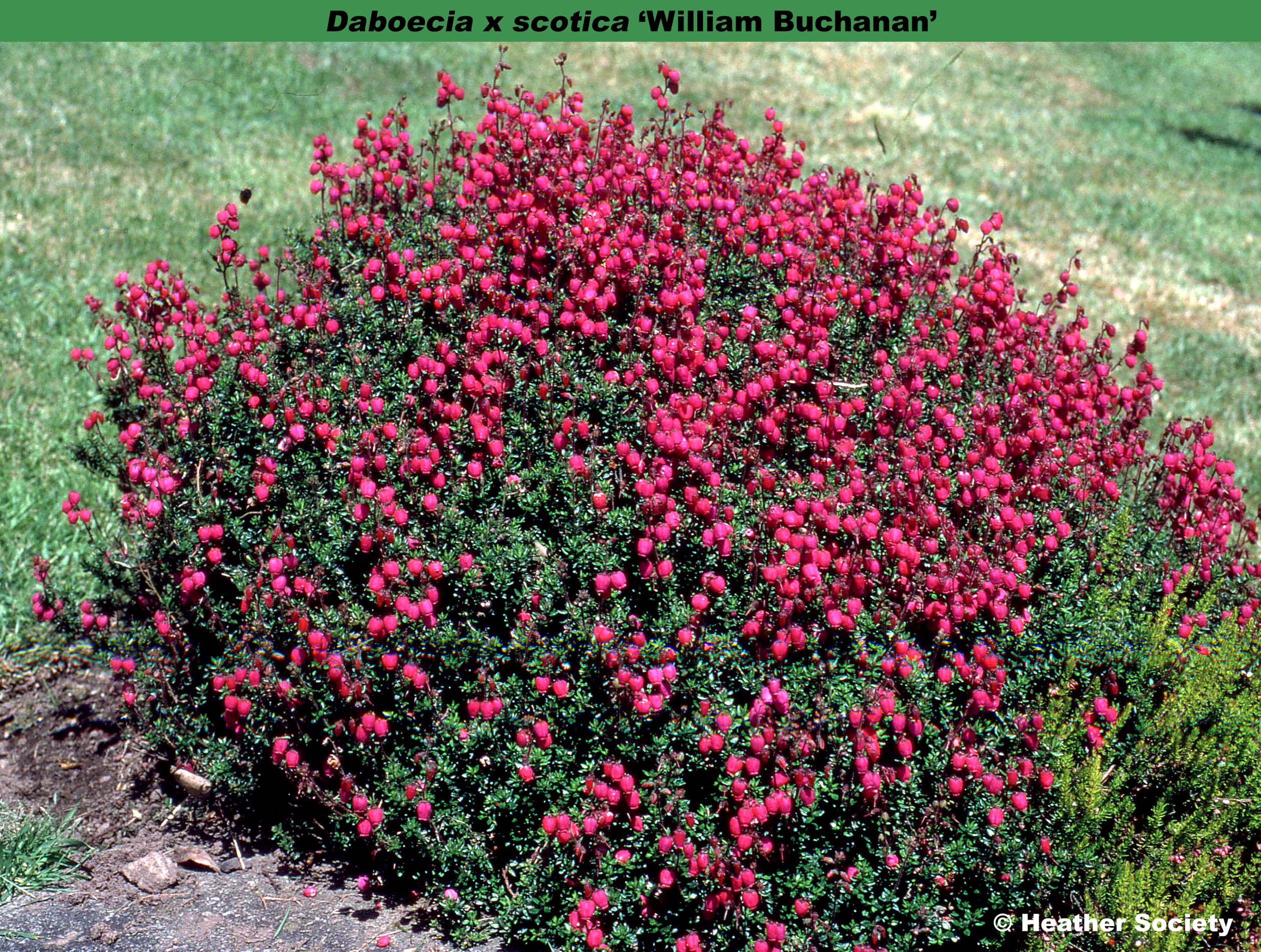 Outstanding mid-season plant, although it will continue flowering until the frosts. One of a number of seedlings found at Bearsden, Glasgow, Scotland, by William Buchanan. 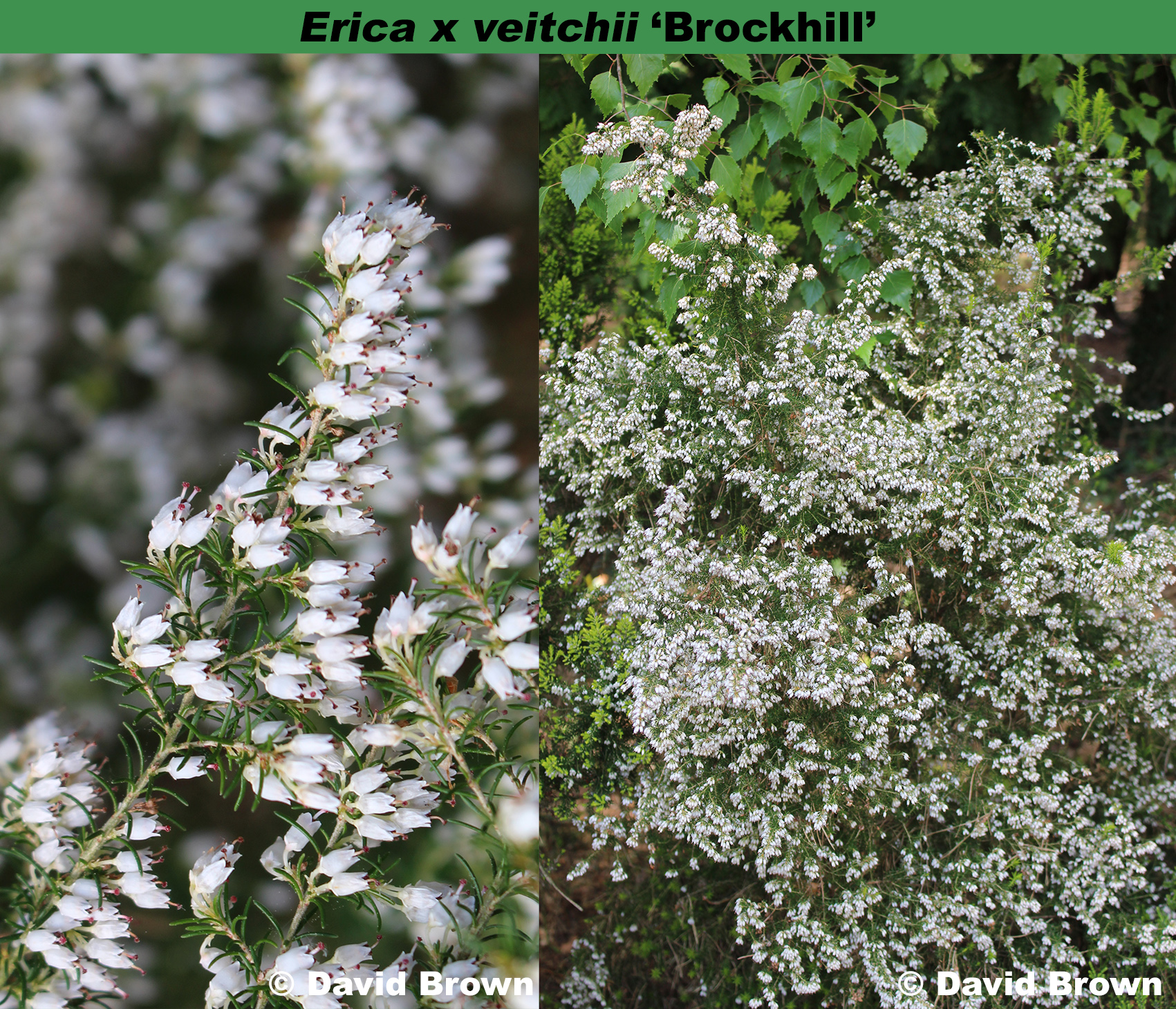 Seedling; said to have originated before 1939 at Veitch’s Nursery near Brockhill, Devon, England, family home of the Bayne-Powell family; named by David McClintock in 1994 by which time its hardiness was well established; and introduced by Denbeigh Heather Nurseries (Creeting St Mary, Ipswich).

Named after the Bayne-Powell family home in Devon, where this was found.