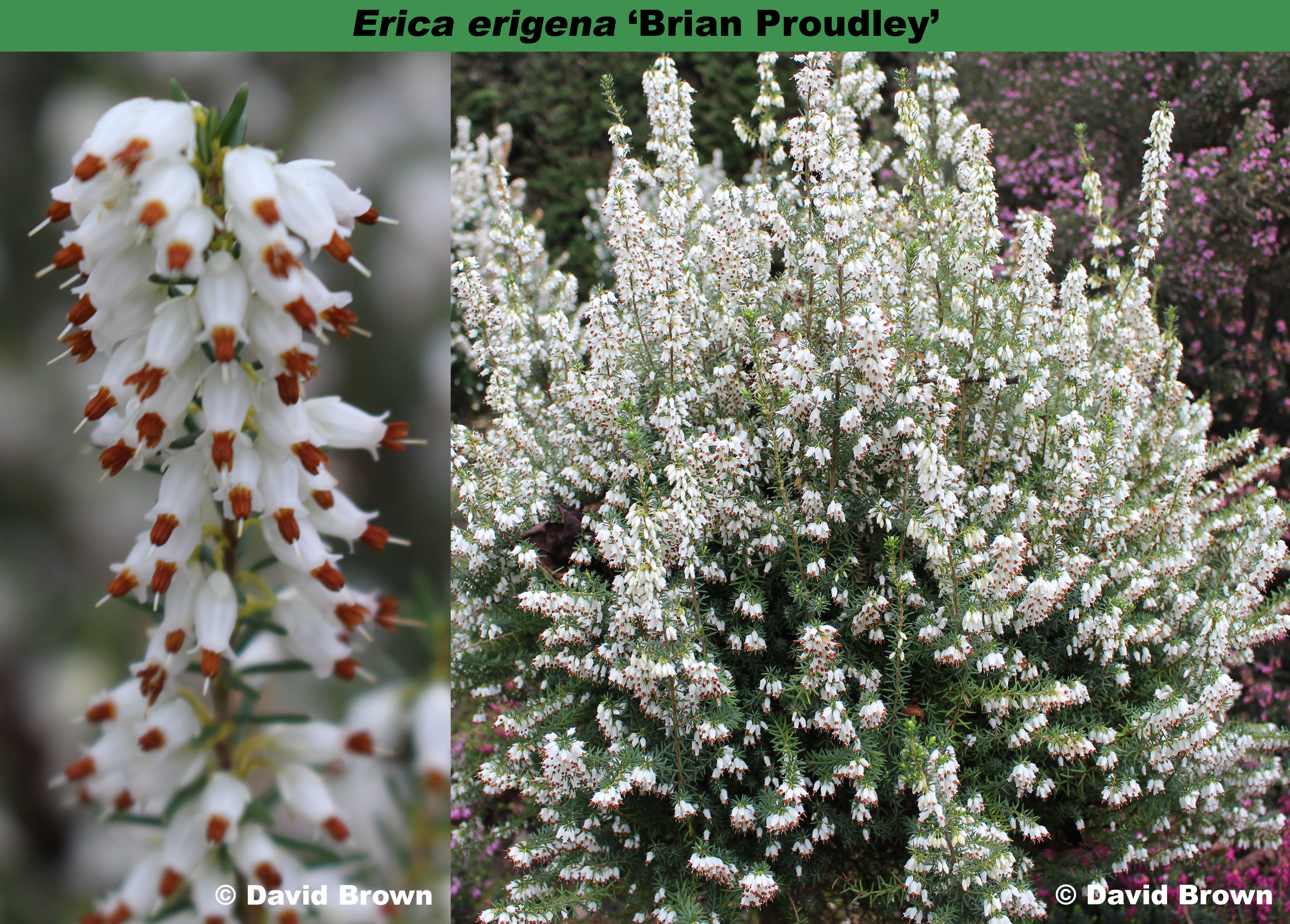 Possibly a seedling raised by J. W. Porter which was introduced by Brian Proudley. Found in the former garden of J. W. Porter (Carryduff, County Down, Northern Ireland) by Mrs V. Proudley and J. F. Letts in 1968; named by A. W. Jones (Otters’ Court, West Camel, Somerset , England) in 1978.

Named in honour of Brian Proudley, the nurseryman who first grew the plant in England. 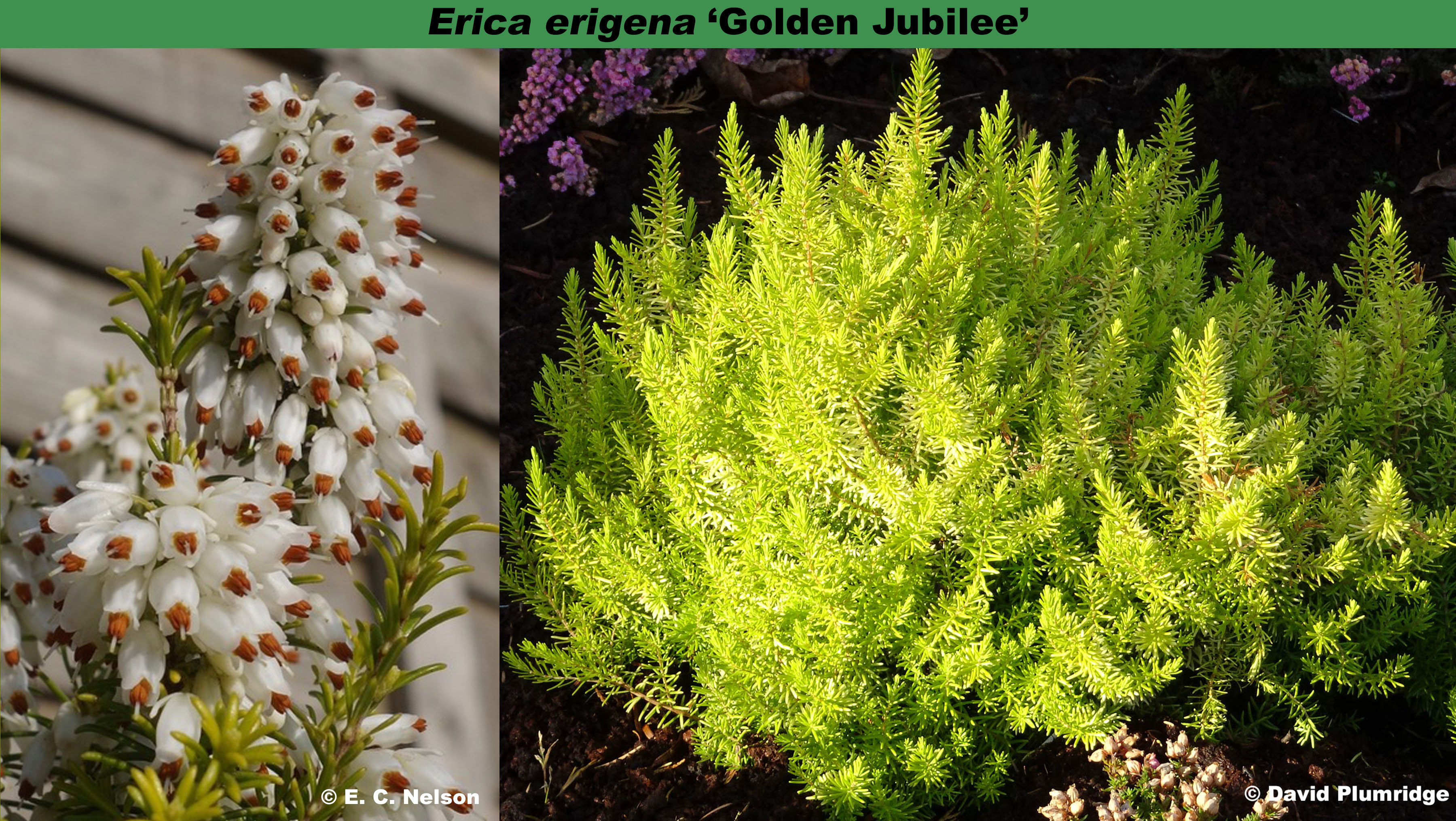 Another plant in Seller’s mother’s garden was 1m tall unpruned after 29 years.

Named to mark the Golden Jubilee of The Heather Society in 2013. 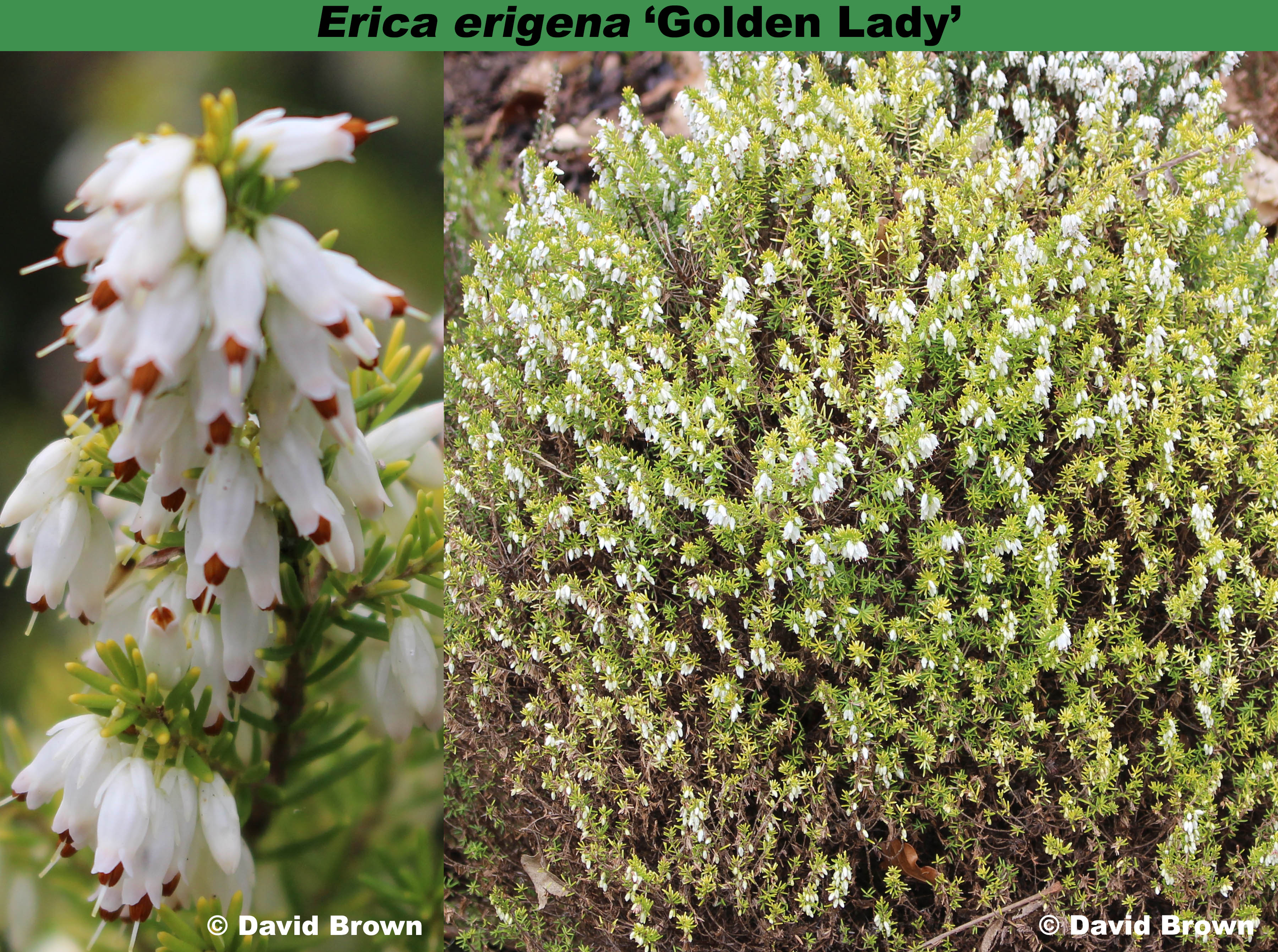 White flowers, II–IV, sparse; golden yellow foliage throughout the year; slow-growing; height 26–30cm; spread 31–45cm. This is prone to severe windburn in cold windy sites, and also, if planted in a harsh site, to reverting to ‘W. T. Rackliff‘ from which it was a sport.

Name alludes to the foliage colour. 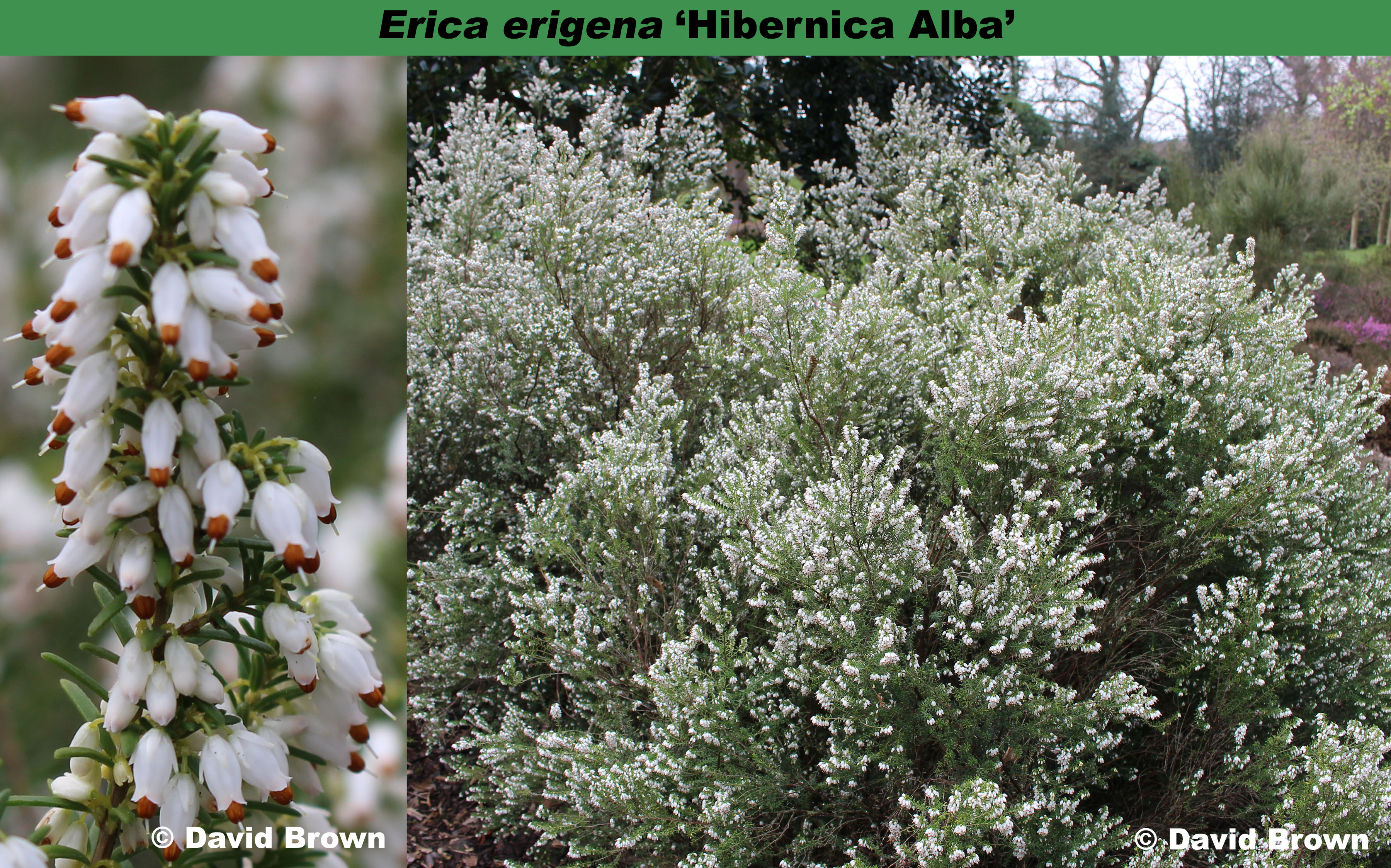 White flowers; III–V; grey-green foliage; compact, erect; height 46–60cm; spread 46–60cm. One of the finest and purest of any of the white heathers and is very free-flowering. It generally blooms during late winter and early spring. It is of Irish origin, and is quite distinct from the tall white continental variety. 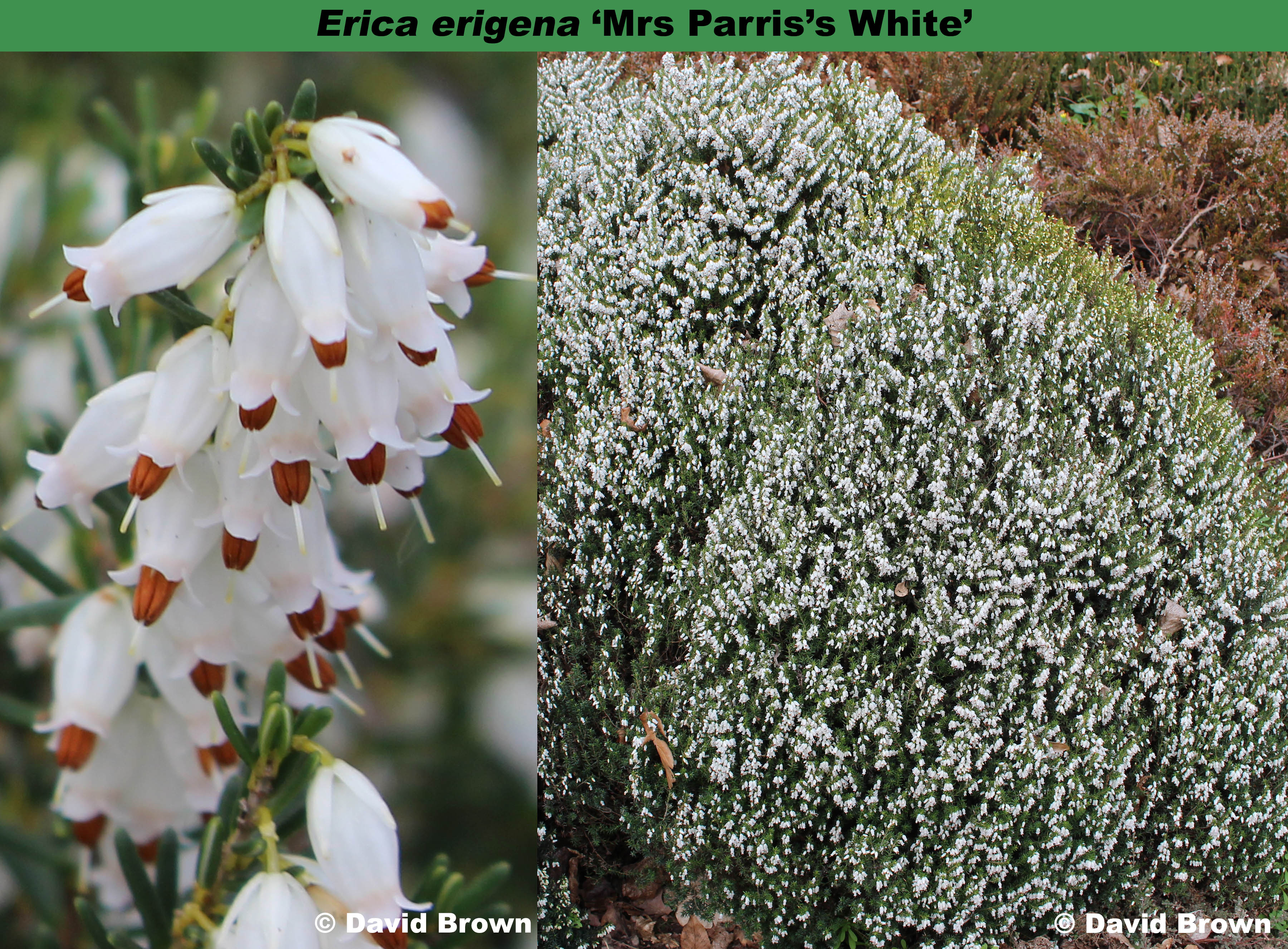 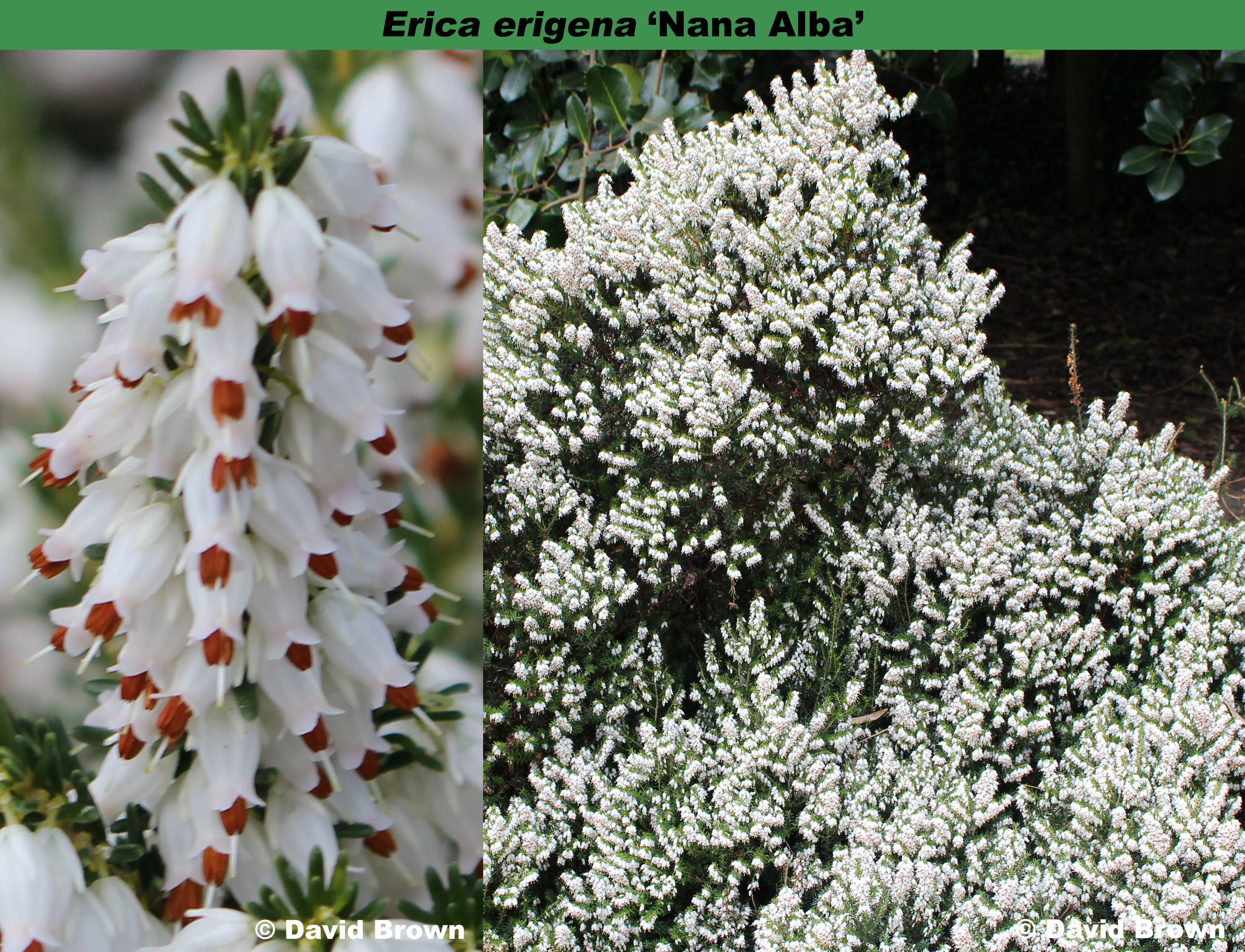 Introduced by James Backhouse (York) by 1867. 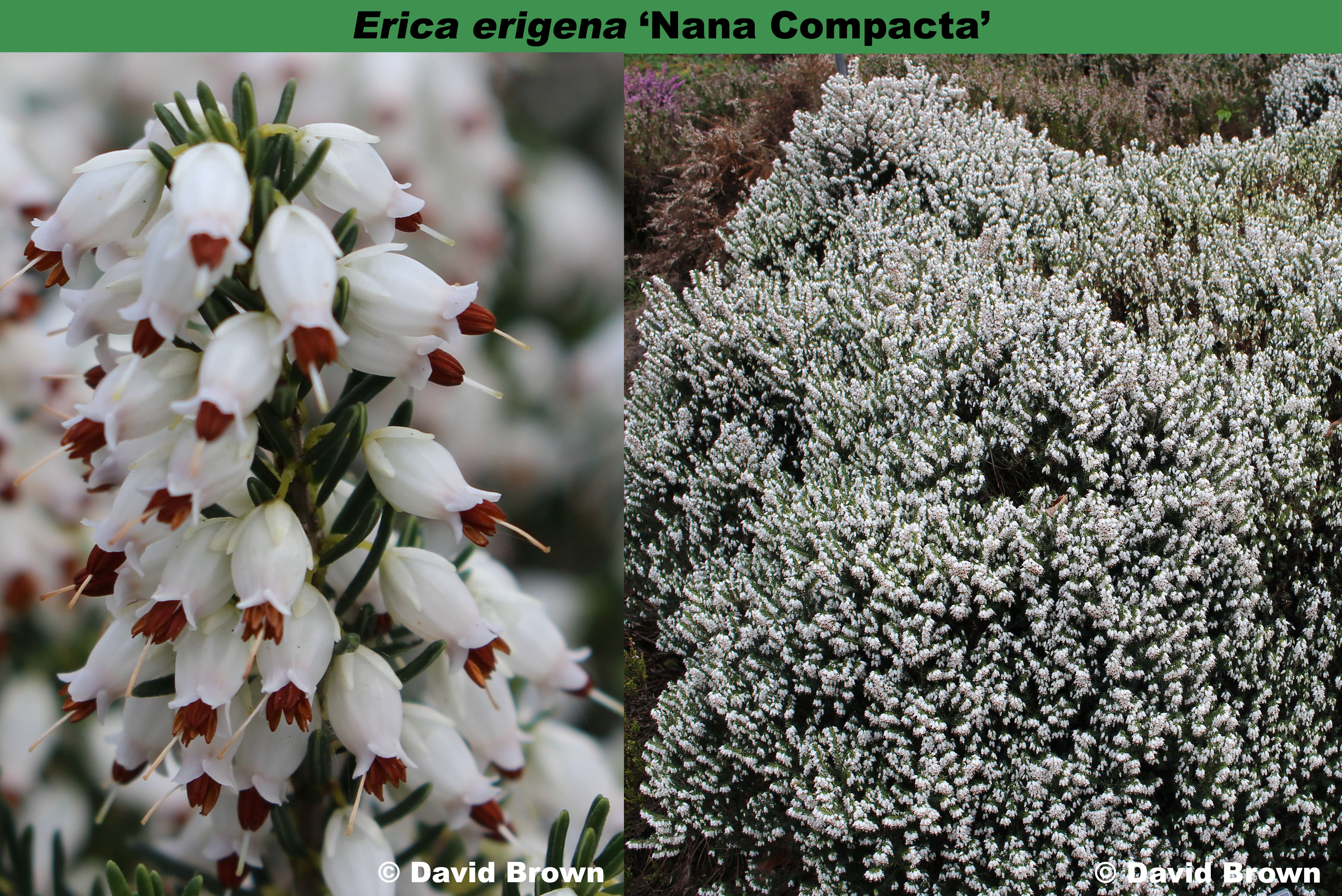 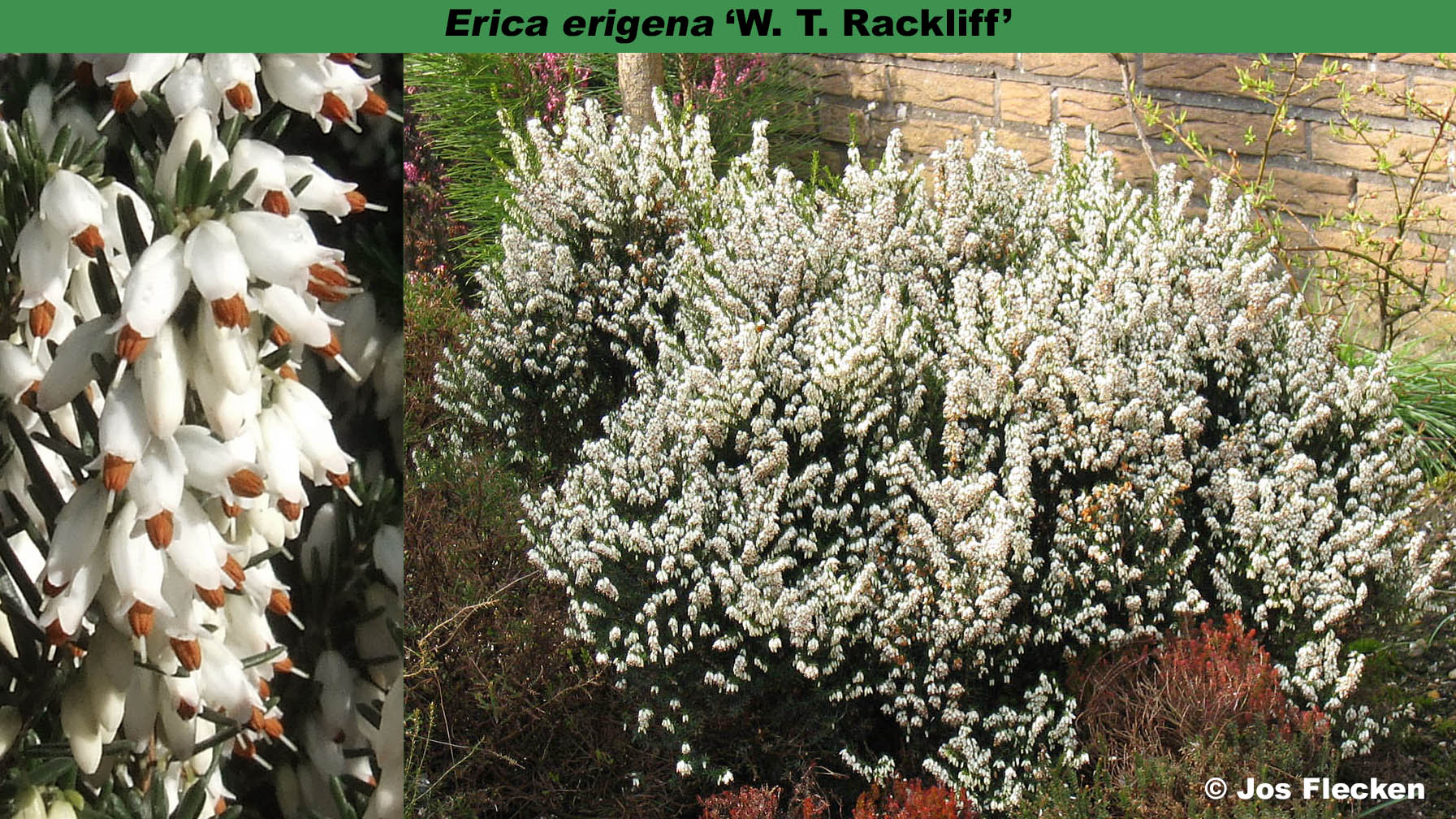