Flower-buds white, opening white gradually changing to lilac-pink (H11) as they mature; calyx white with green tips to segments; anthers dark red-brown,; (XII)-II-V; with mid-green foliage which is tipped with vivid orange in spring. Looking more like Erica arborea, it has a much more compact and rounded habit.

Seedling selected from a group of seedlings raised from Erica arborea deliberately crosssed with Erica carnea; raised by Kurt Kramer (Edewecht-Süddorf, Germany) in 1986; introduced by the raiser in 1994.

Named after a region in northern Germany. 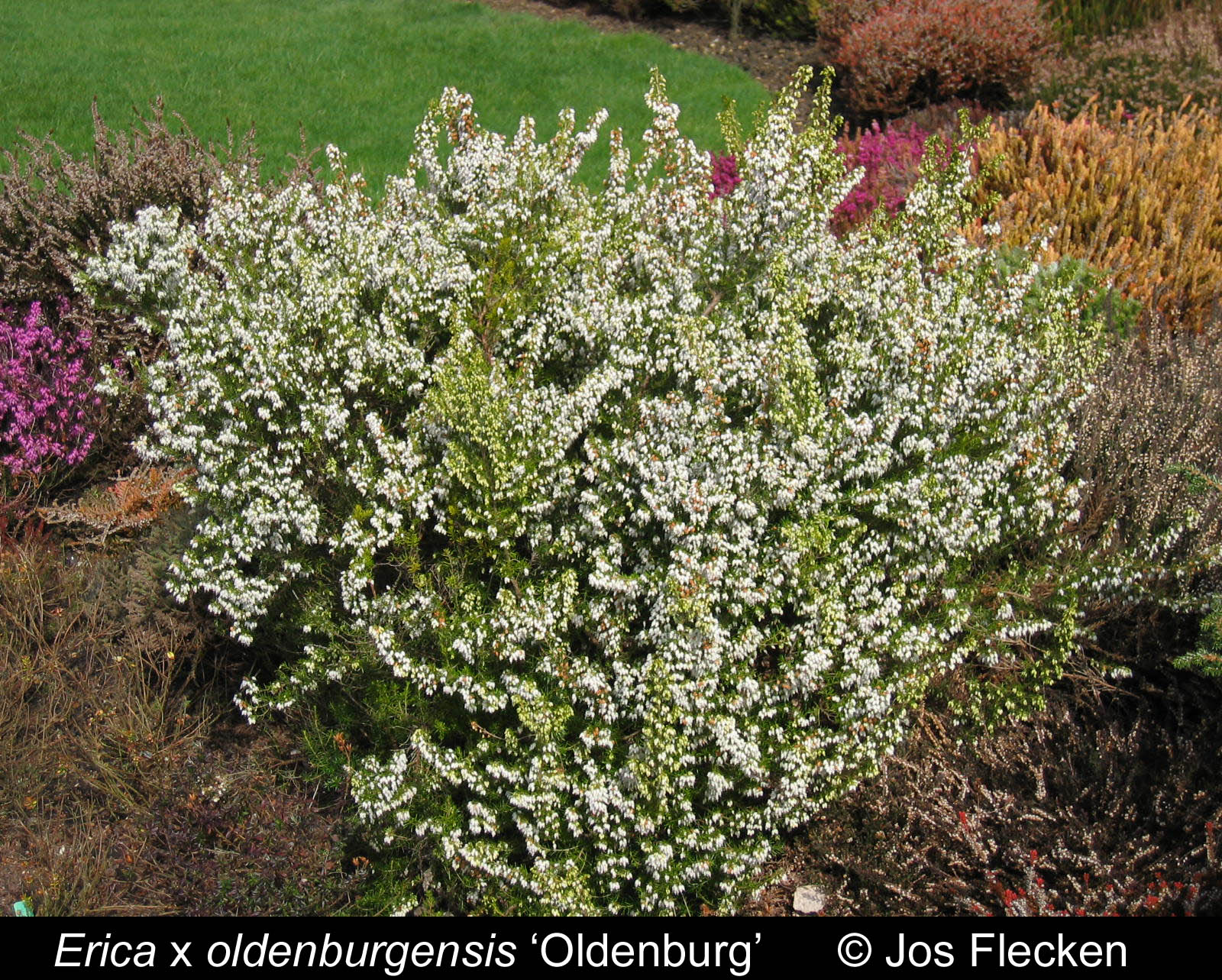 White flowers, III-V, with mid-green Erica arborea like foliage. Broad spreading habit. This hybrid was deliberately raised by Kurt Kramer in Germany and named after the region in which he lives.