Wild-collected; a sport on a white-flowered plants (C. vulgaris f. alba); found near Oldenburg, Germany, by A. Lamken (Giesselhorst, Germany) in 1934; introduced by 1938. But this was listed as early as 1864 by André, and as early as 1805! Johnson (1950) stated “A curious feature of this novelty is that the first flowers to appear are singles and it is not until their season has advanced a few weeks that they assume their true character.” 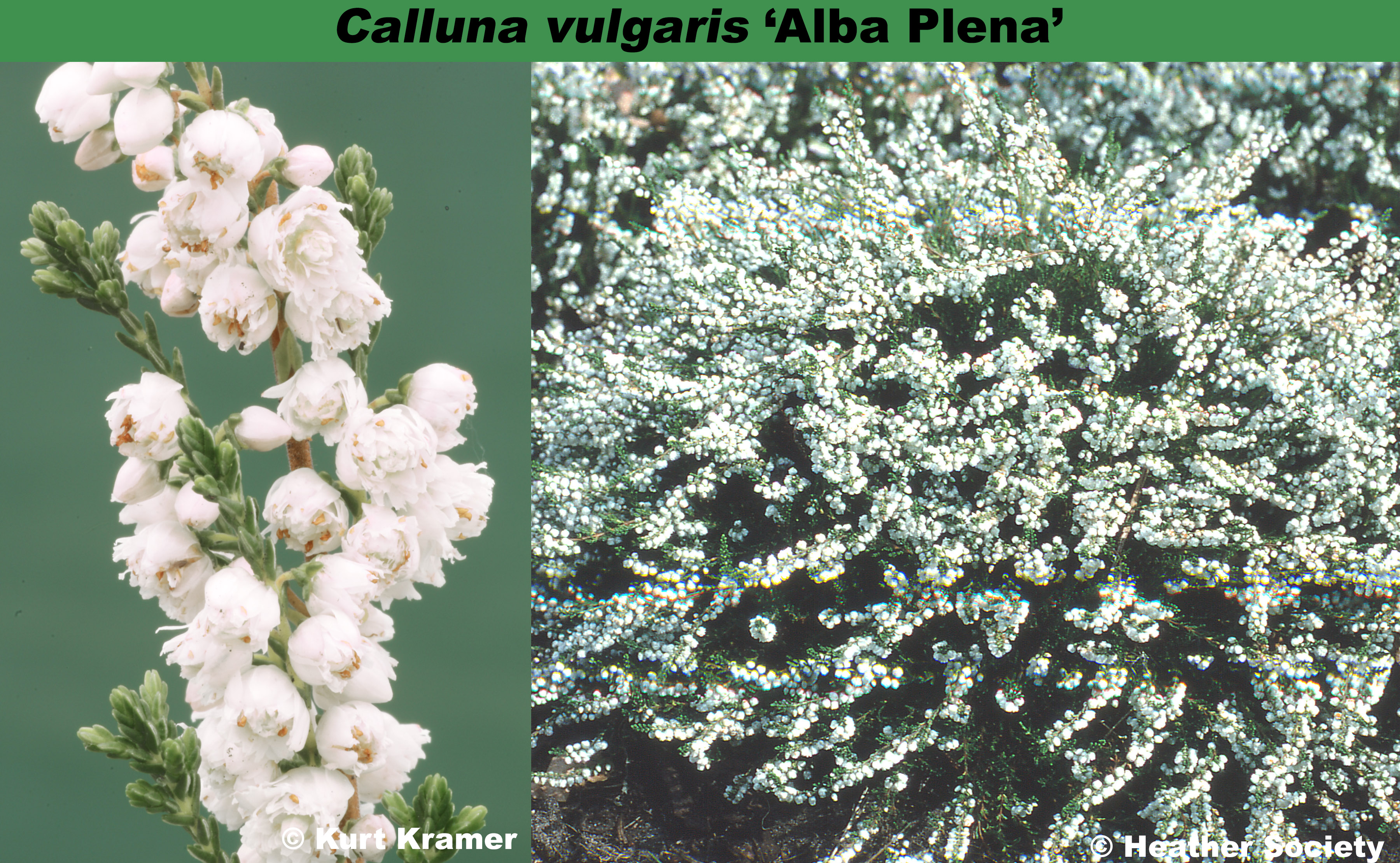