The history of double-flowered Calluna vulgaris is very complicated; William Curtis (Brompton, London, England) apparently had a plant as early as 1789. The name ‘Flore Pleno’ appears to have been first published in France in 1814.

Named from flos = flower; plenus = double. It is at least debatable that the name ‘Flore Pleno’ is not now properly applied. 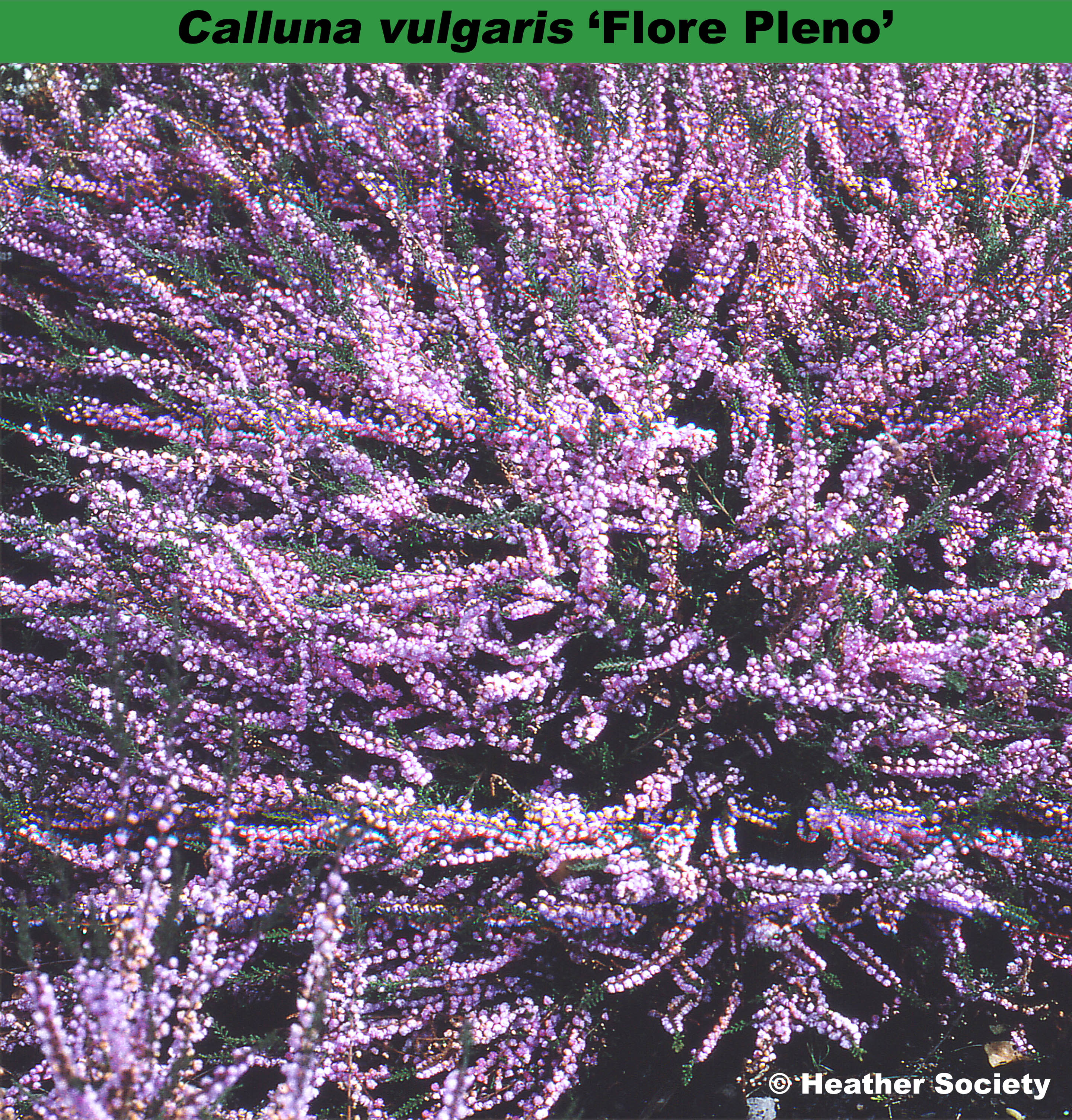