This bud-bloomer with red (H6) buds has a very low-growing, creeping habit that can be lead shoots to “weep” when the plant is grown in a suitable container, was selected and named by Kurt Kramer, Edewecht, Germany, and introduced as part of the “Garden Girls” series,

The name ‘Maite’ should be pronounced “my-ta”. The name is a short form of Maria Theresa, and originated in the Basque country in the north-east of Spain. The name also means “lovely one”. 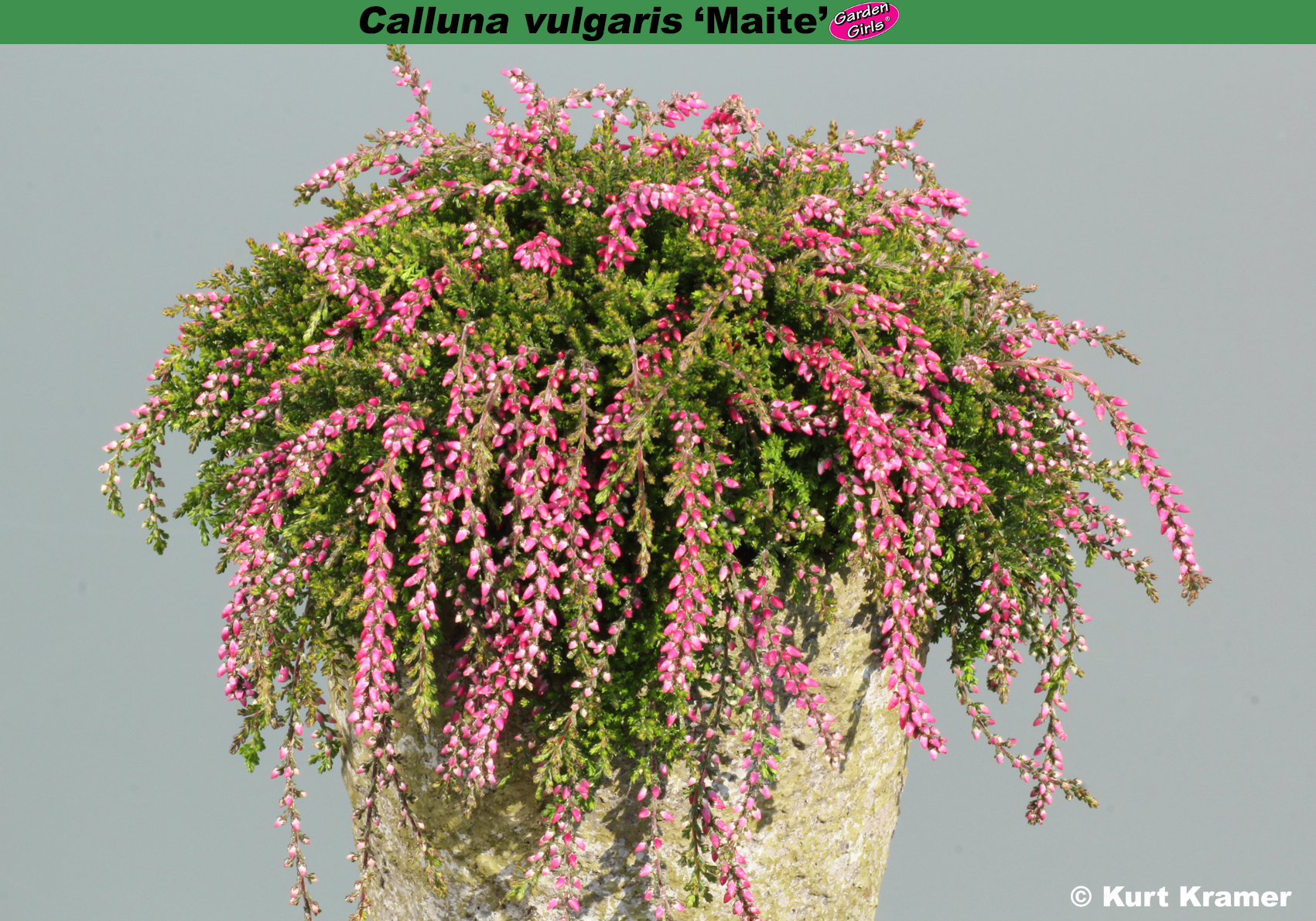