Mauve (H2) flowers, VIII–IX; foliage copper-coloured in summer with brilliant orange and red flecks for most of the year; height 10–15cm; spread 21–25cm. Liable to revert to plain green.

Found in the USA before 1961; introduced to Britain by The Crown Estate, Windsor Great Park, Berkshire, England, about 1961.

It was claimed that this cultivar was originally named ‘Prairie Fire’ in North America but when introduced commercially in England during the early 1960s the name ‘Multicolor’ was used. It is produced in very large numbers in the UK, and reverting to the original name would cause chaos. While multicolor exists as an epithet for a forma within Calluna vulgaris, that forma is very rarely encountered and the epithet is hardly ever used. Because we consider it desirable to maintain existing usage ‘Multicolor’ will be proposed for conservation.
Note: ‘Multicolor’ (‘Prairie Fire’) is not in any way connected to f. multicolor of Beijerinck. 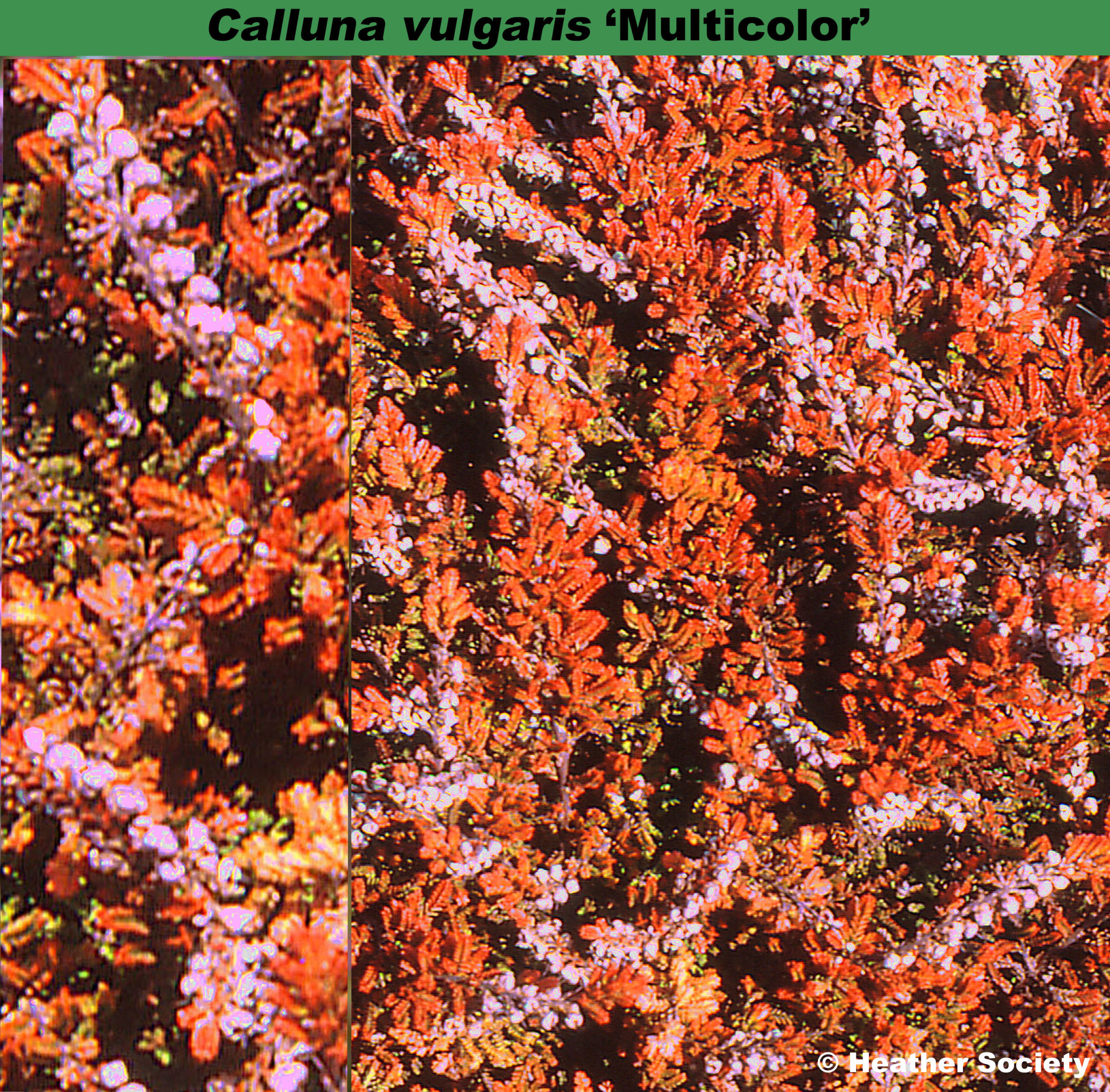