❁ White flowers, VIII–IX; bright green foliage even in winter; height 16–20cm; spread 31–45cm. Differs from ‘Kinlochruel‘ from which it was a sport by the green winter foliage.

Sport on ‘Kinlochruel’; found by Kurt Kramer (Edewecht-Süddorf, Germany) about 1984; introduced by Kramer in 1990. The same sport has occurred elsewhere too; Herman Blum found it in the heather garden at “De Voorzienigheid”, Steenwijkerwold, also in 1983.

Name alludes to the flower colour. 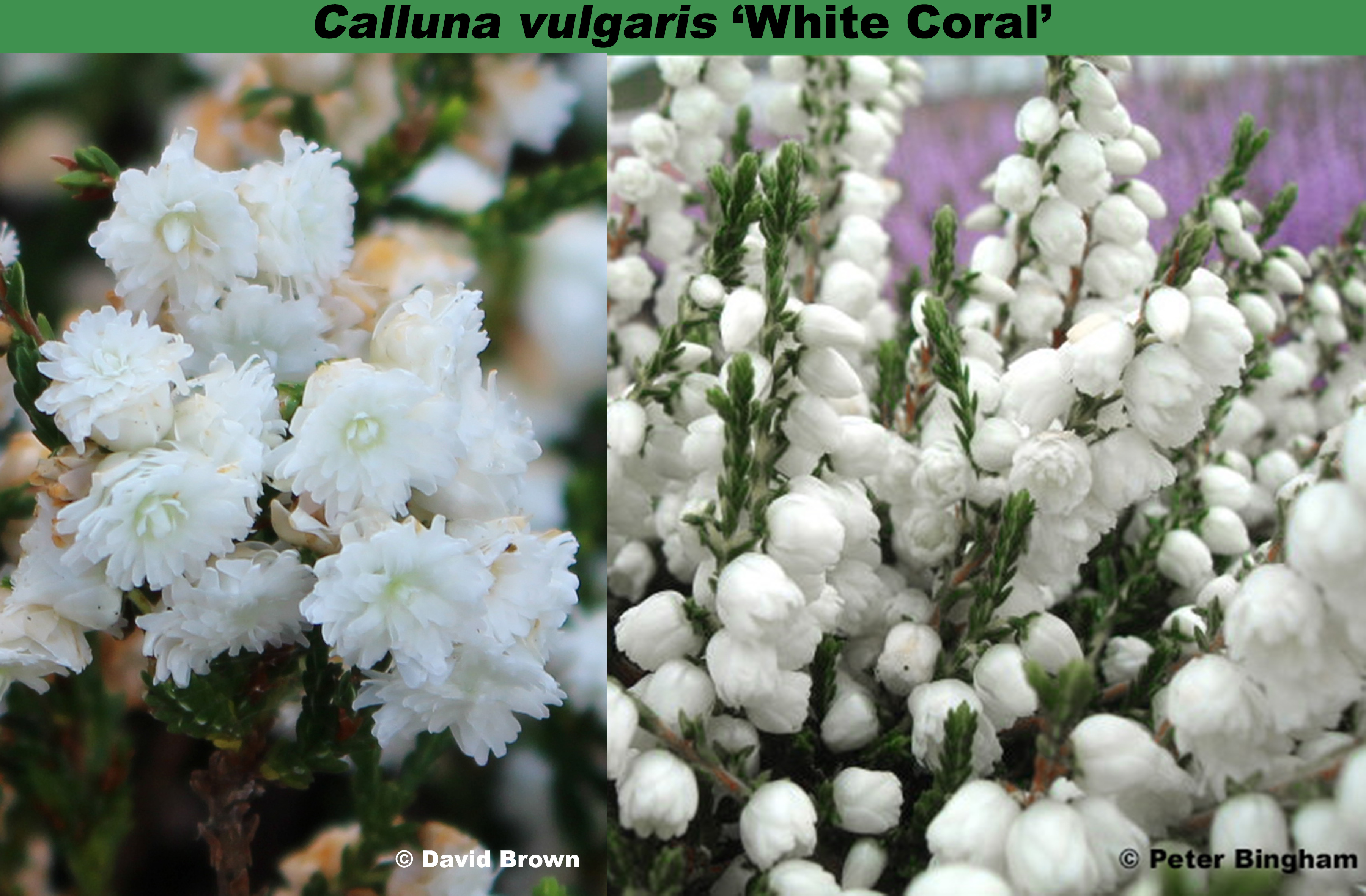