‘One which … did not really show its virtue until April 1972 when with the other Daboecias still fast asleep, it was growing vigorously and carrying lovely white bells.’*

This is the original name, and must be retained. The alternative name ‘Early Bride’ must not be used; a proposal to conserve it against ‘April Fool’ was rejected by the ICNCP in November 2003. 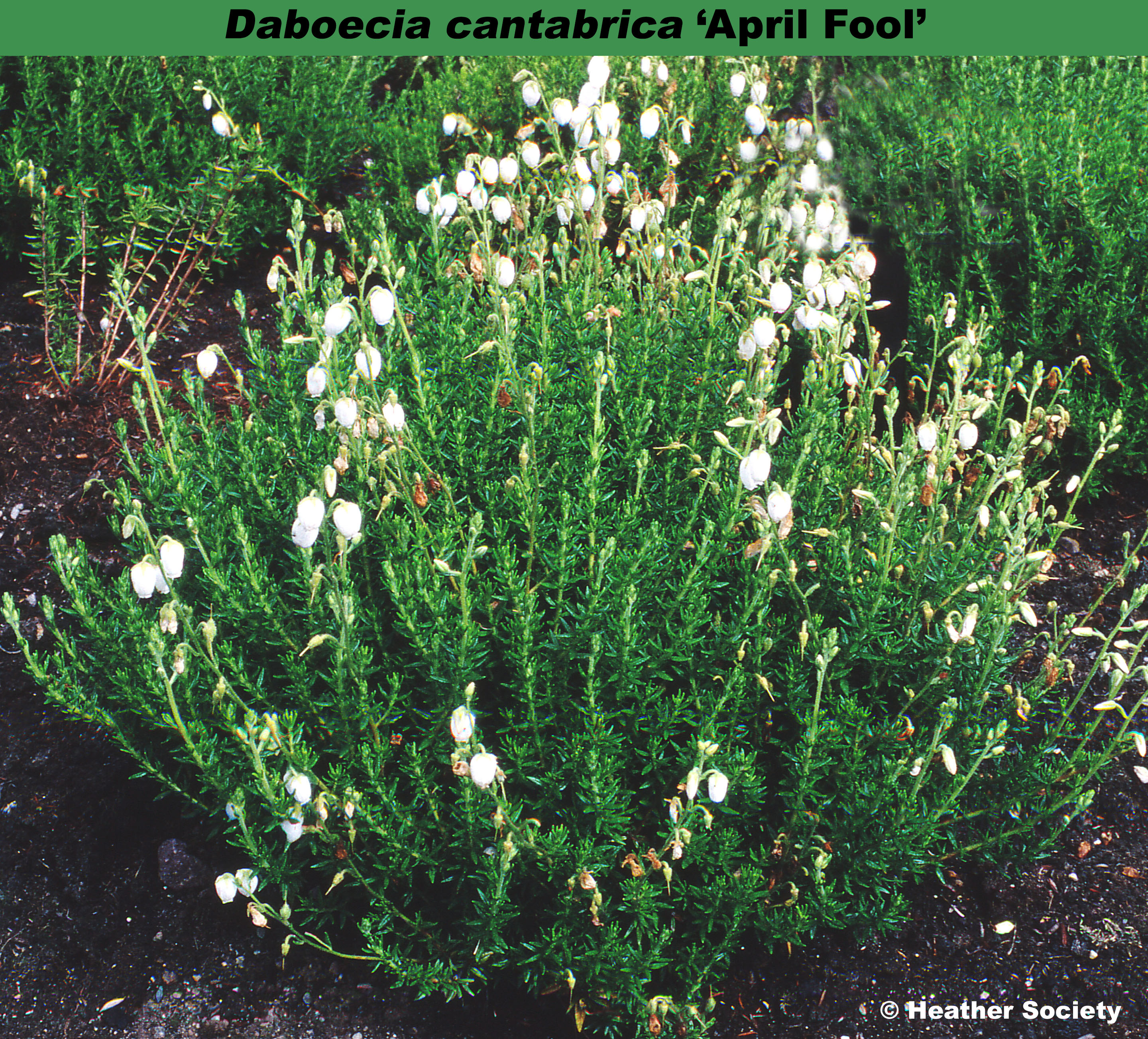