Self-sown seedling found in Forest Edge Nursery (Woodlands, Wimbome, Dorset); parentage not known but believed to be from Daboecia x scotica cultivars grown on the nursery. Given to Julian Fitz-Earle about 2006.

Name suggested by David Edge, because it was a tiny plant and Thumbelina was the name of the tiny girl from the Hans Christian Anderson fairy tale. 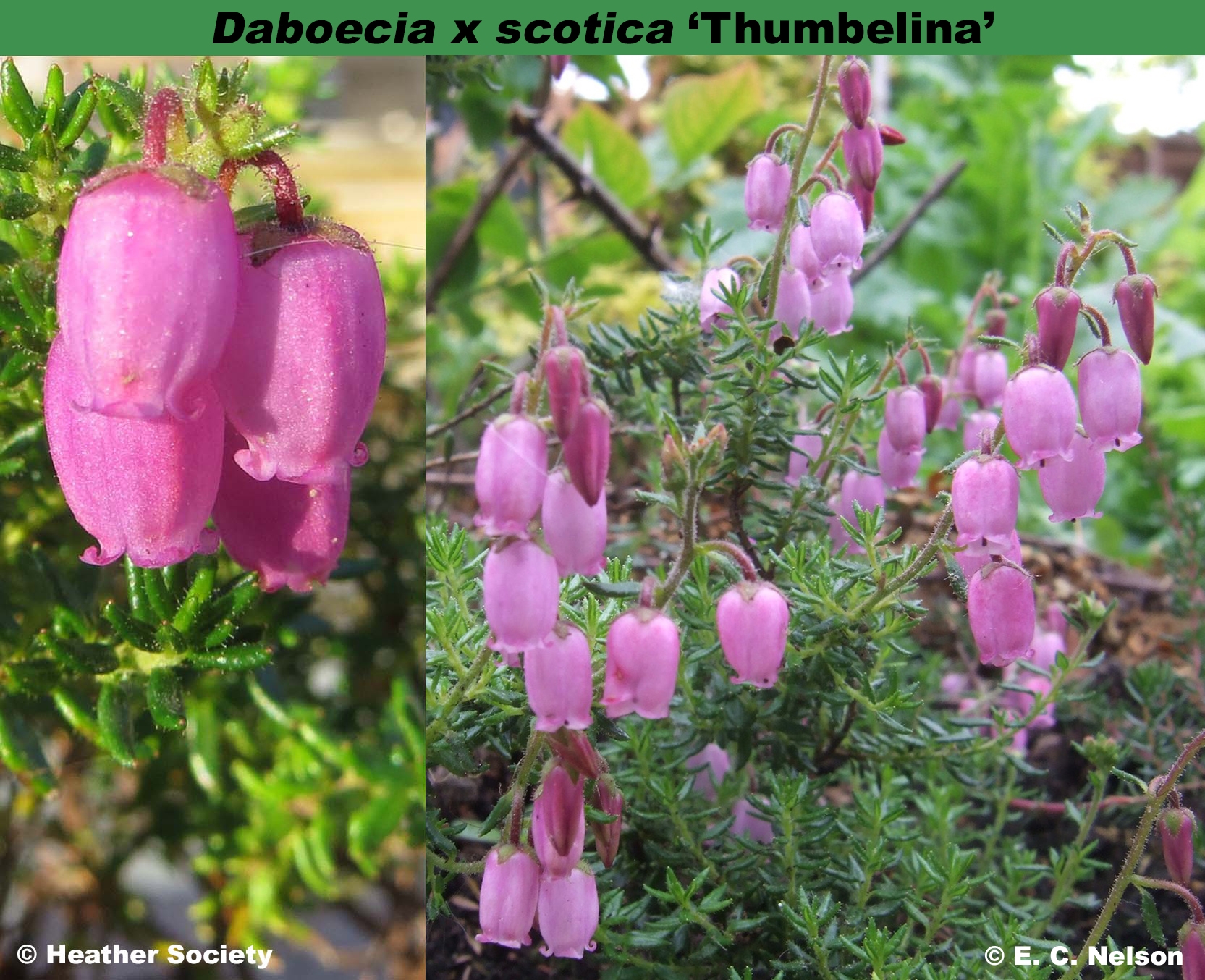