A spectacular shrub with masses of flowers, deep magenta at the base with white lobes, 9mm long, VIII–I; mid-green foliage; height 61-75cm; spread 31-45cm. Even the earliest flowers do not fade until late in the year. Possibly raised by Milton Hutchins by 1980. Rescued from a nursery in Iver Heath, Berkshire, in 1994.and re-introduced Denbeigh Heathers, Ipswich in 1997. It is named after Anne and David Small’s eldest grand-daughter. 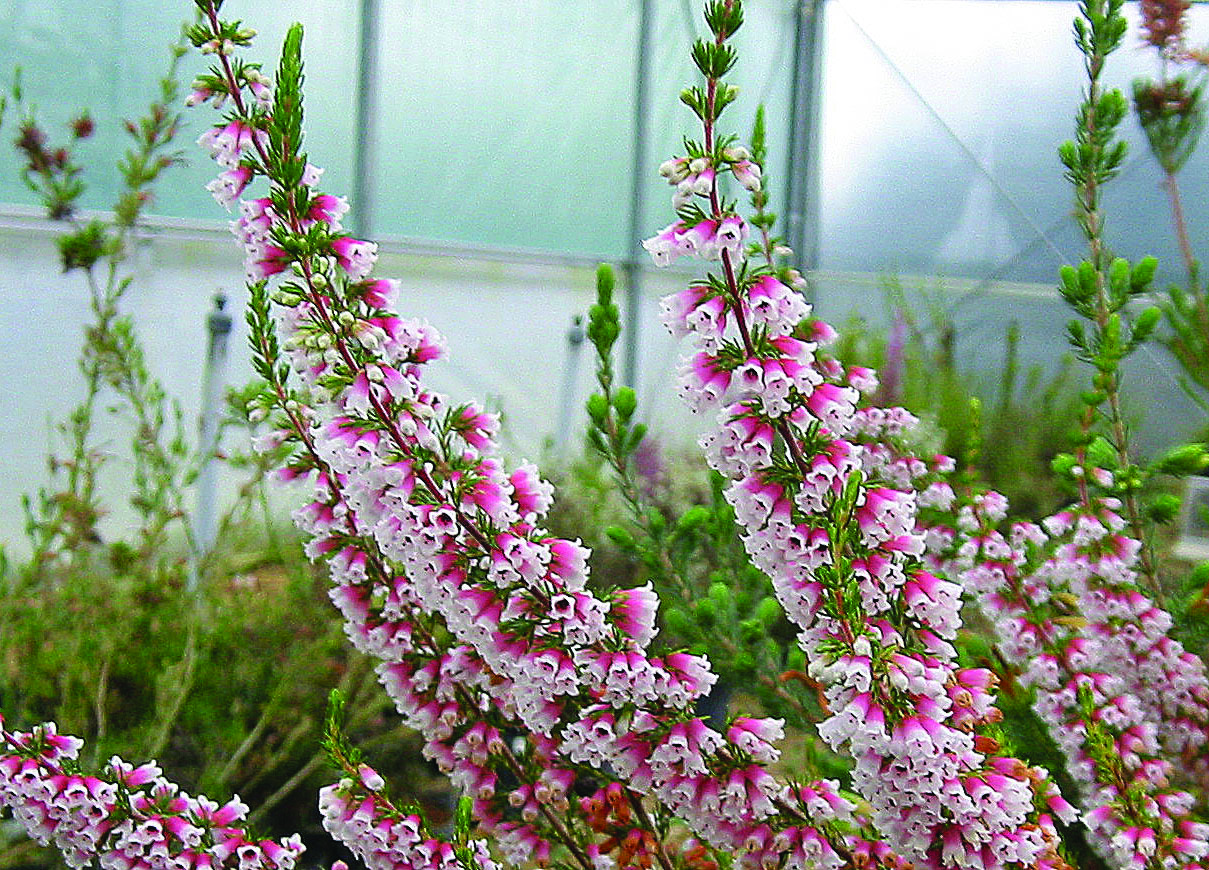