A handsome, strong growing, hardy species averaging between 1.5 and 2 m in height, but old specimens have been recorded to grow up to 3 m tall. It produces beautiful pink, tubular flowers arranged in neat whorls organised in distinct groups up the principal stems and near the tips of sturdy branches. Peak flowering is from January to March, but this species produces some flowers intermittently throughout the year. It has been observed that inflorescences produced outside of the main flowering season are not as handsome as those produced during peak flowering as they tend to be arranged in a less orderly manner.

There are eight cultivars of Erica verticillata at Kirstenbosch Botanical Garden. Each collection is recorded in the Kirstenbosch plant records database with a unique accession number. The various forms have also been endorsed with cultivar names and numbers by the international registrar of erica cultivar names, Dr Charles Nelson. 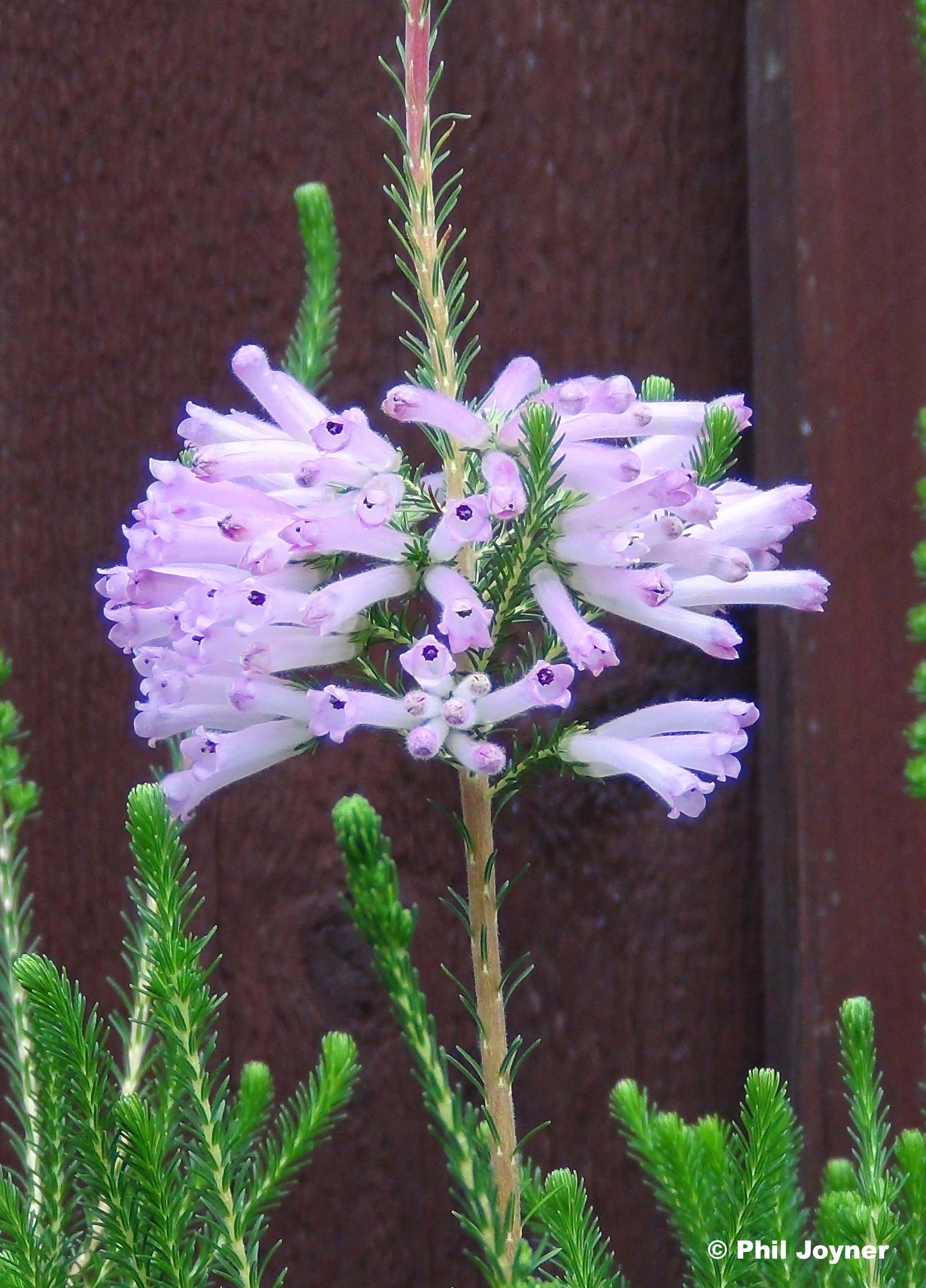