Seedling; found by David McClintock in his garden at Bracken Hill (Platt, Kent, England) about 1960, and exhibited by him in the late 1960s; rooted and subsequently shown by Jack London (Norfolk) at Royal Horticultural Society shows in 1975 and 1980.

Named after David McClintock, President of The Heather Society. 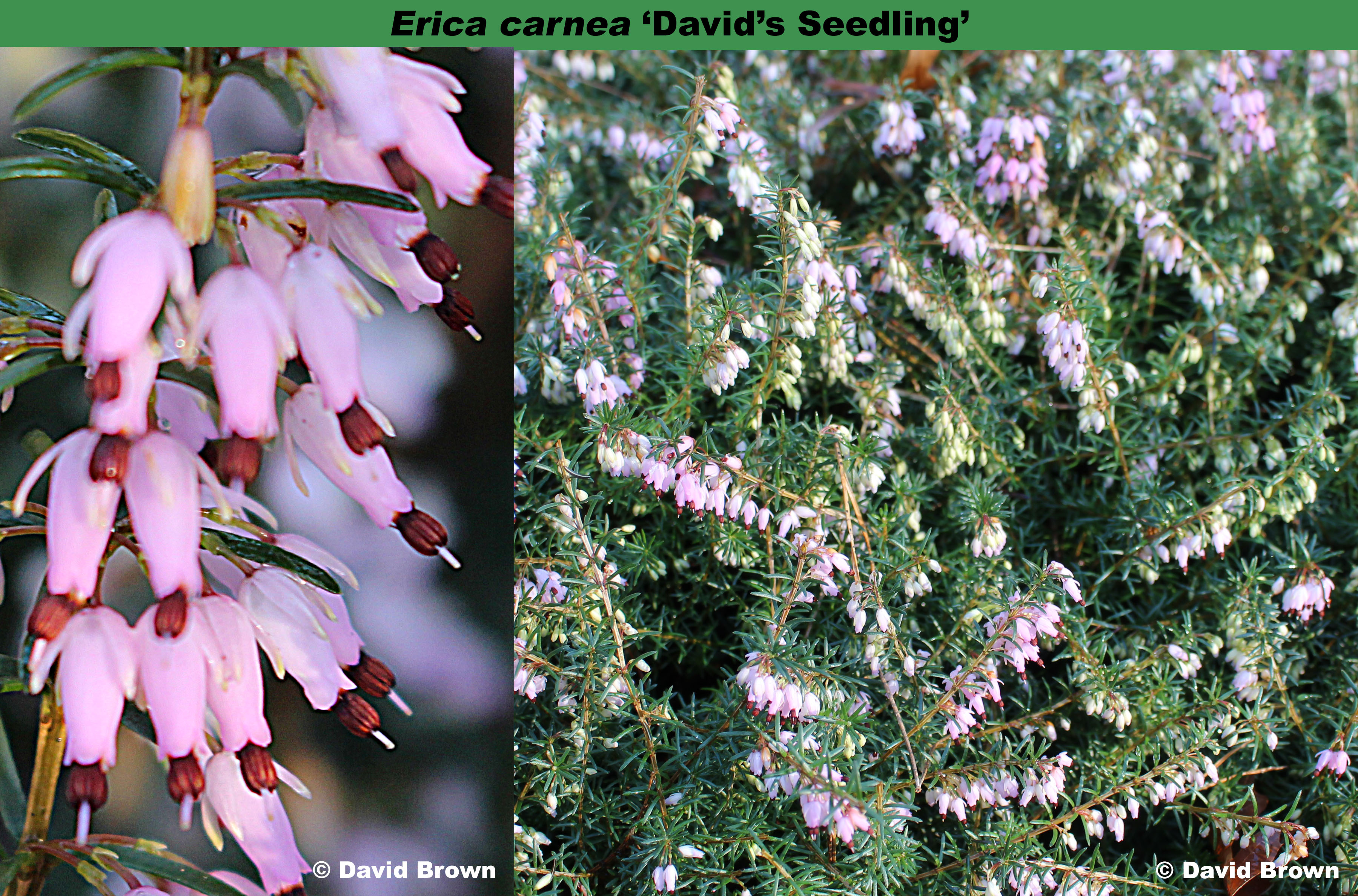