For decades this was the outstanding white-flowered Erica carnea but is superseded by some of the deliberately raised cultivars. Still ideal for hanging baskets.

Originally named ‘Springwood’, after Mrs Walker’s house in Stirling, Scotland; white was added when the plant received an AM in 1930. 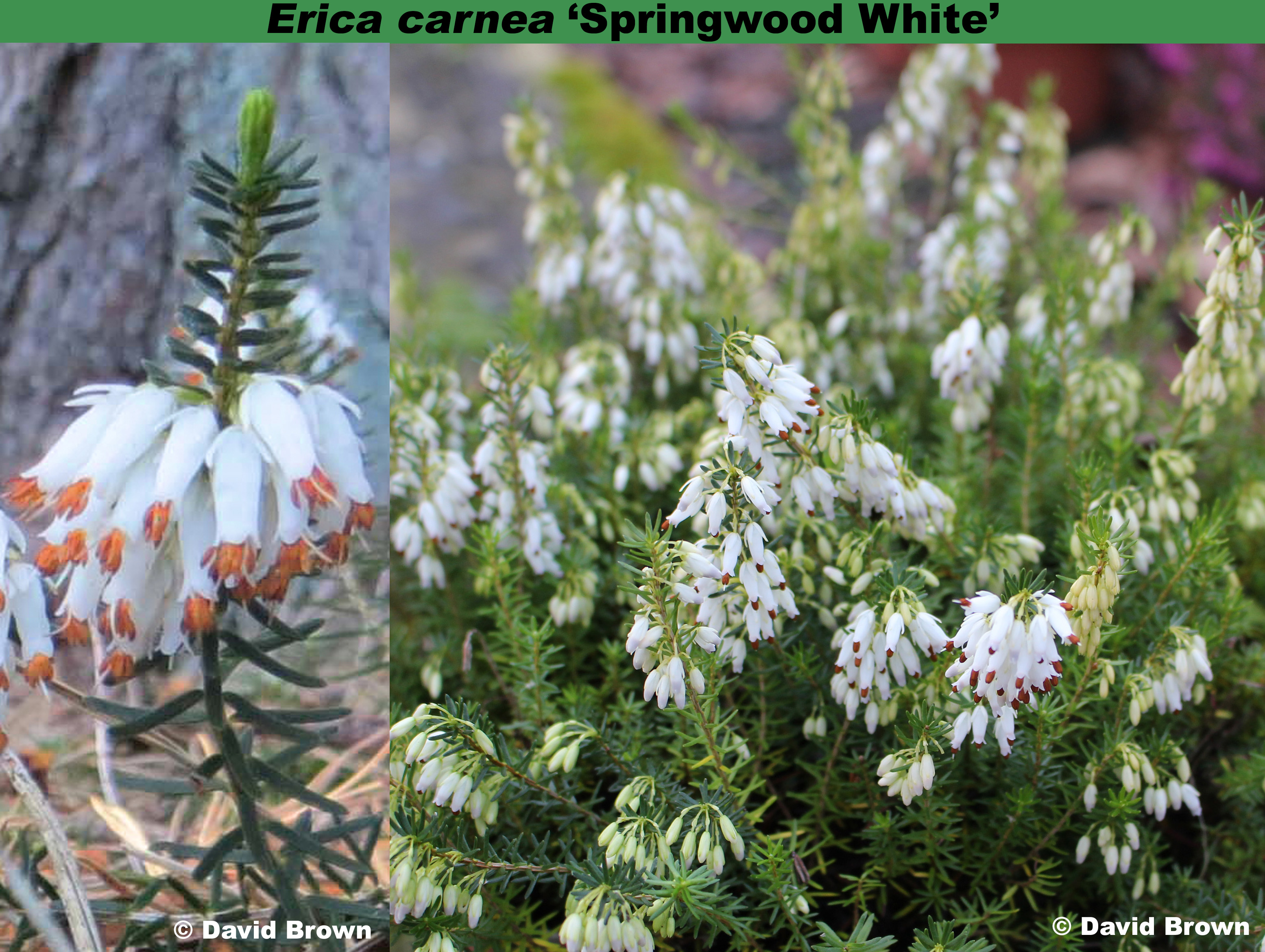