Wild-collected; found in Ireland, probably in Connemara, County Galway, but its history is not known in detail; introduced by Lawson & Sons (Edinburgh, Scotland) about 1875.

Of obscure origins and certainly not the plant which was originally given the name Erica tetralix subsp. lawsoniana (see Yearbook of The Heather Society 2000: 77–80).

Named after the nurserymen (see also Erica mackaiana ‘Lawsoniana’); at the time Charles Lawson was the owner (he is also commemorated in the Lawson cypress). 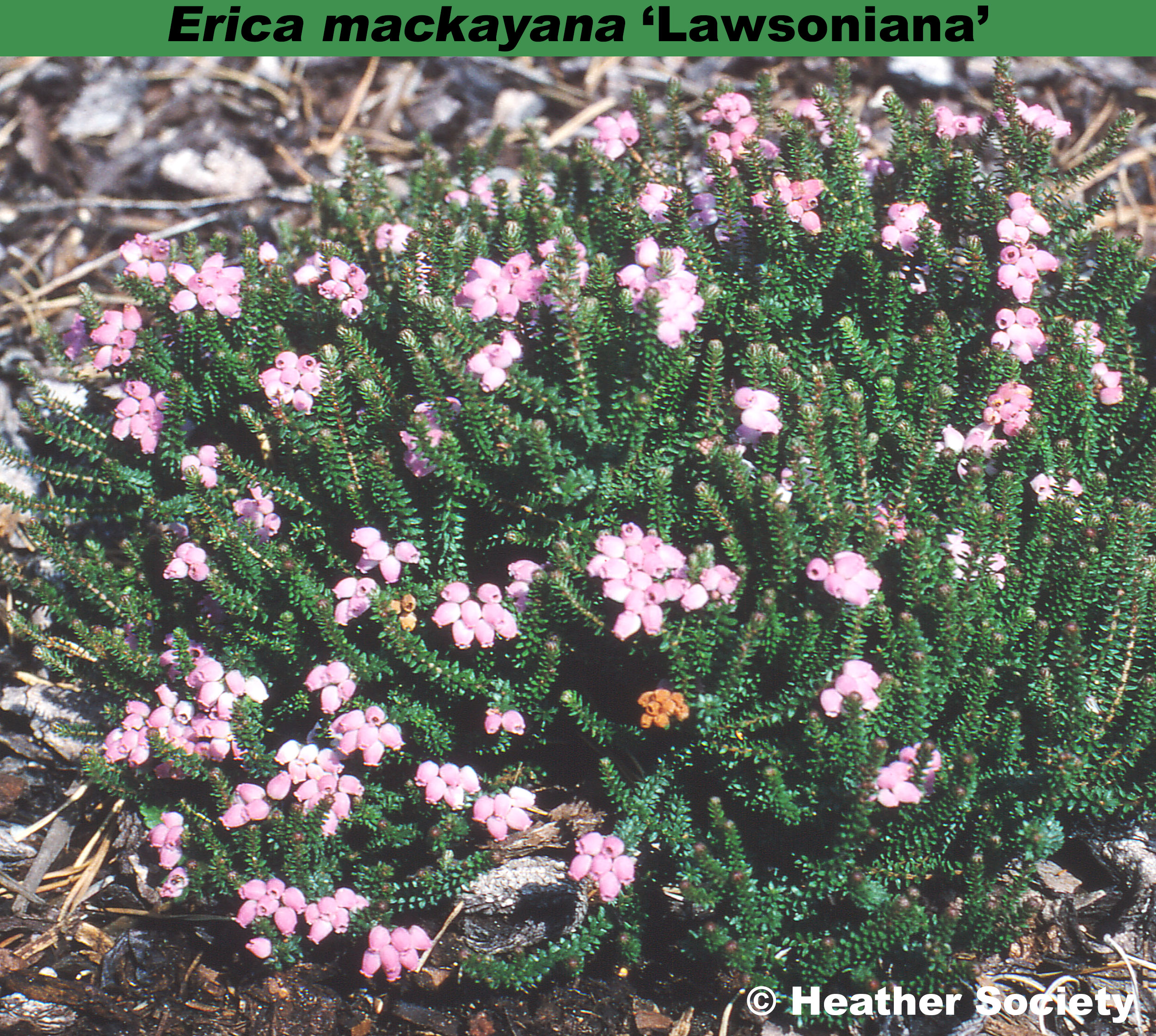