Bushy dwarf shrub with upright shoots; foliage dark greyish-green; leaves usually in fours, broad, ovate, with a few long marginal cilia, sometimes with red-glandular tips especially those towards the apex of a shoot, otherwise upper surface glabrous, margins recurved, lower surface exposed, whitish green; leaves towards the tips of “abnormal” shoots may have pink tips or varying and increasing amounts of pink tissue resembling that of the corolla; in extreme examples, the upper portion of the shoots have no green leaves but have variously shaped pink, petaloid “bracts” which are longer and broader than the leaves; flowers may be formed and seem “normal”, or the flowers are grotesquely malformed; VII-IX. On shoots with flowers, leaves arranged in evenly spaced whorls of four, spreading, but becoming more widely spaced below inflorescence and also tending to become more erect and more appressed to the stem; flowers with densely hirsute ovary.

We do not know where or how this plant originated. Its known history commences when Brita Johansson was given a young plant by Jack Platt who, as past yearbooks show, was a very keen collector of new clones which he cultivated for a few years in his garden before replacing them with newer ones. Platt informed Mrs Johansson that he had obtained the plant from Ray Warner. Brita Johansson grew ‘Pink Enigma’ in her garden in Sweden, propagated it and passed a plant to Sten-Börje Sörensson who still cultivates it. It is apparently very hardy and was not affected by the extremely cold winter of 2010–2011. 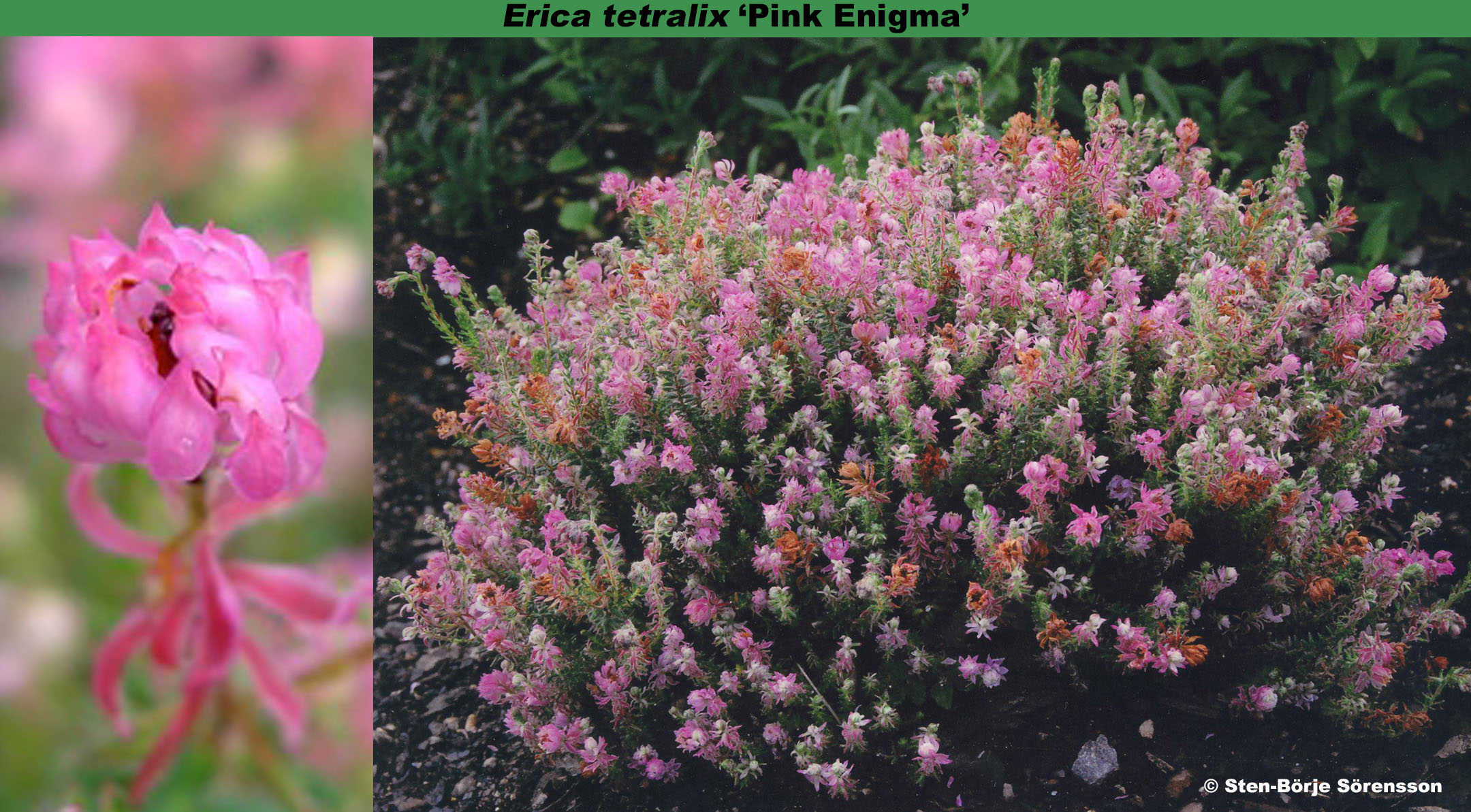