Grown at Woburn before 1825; listed by Conrad Loddiges (Hackney, London) as early as 1826, and later by J. Smith (Monkwood Grove, near Ayr, Scotland) in 1830. Plants under this name probably represent more than one clone, and they would be better listed as Erica vagans f. alba.

Named from the latin albus = white; after the flower colour. 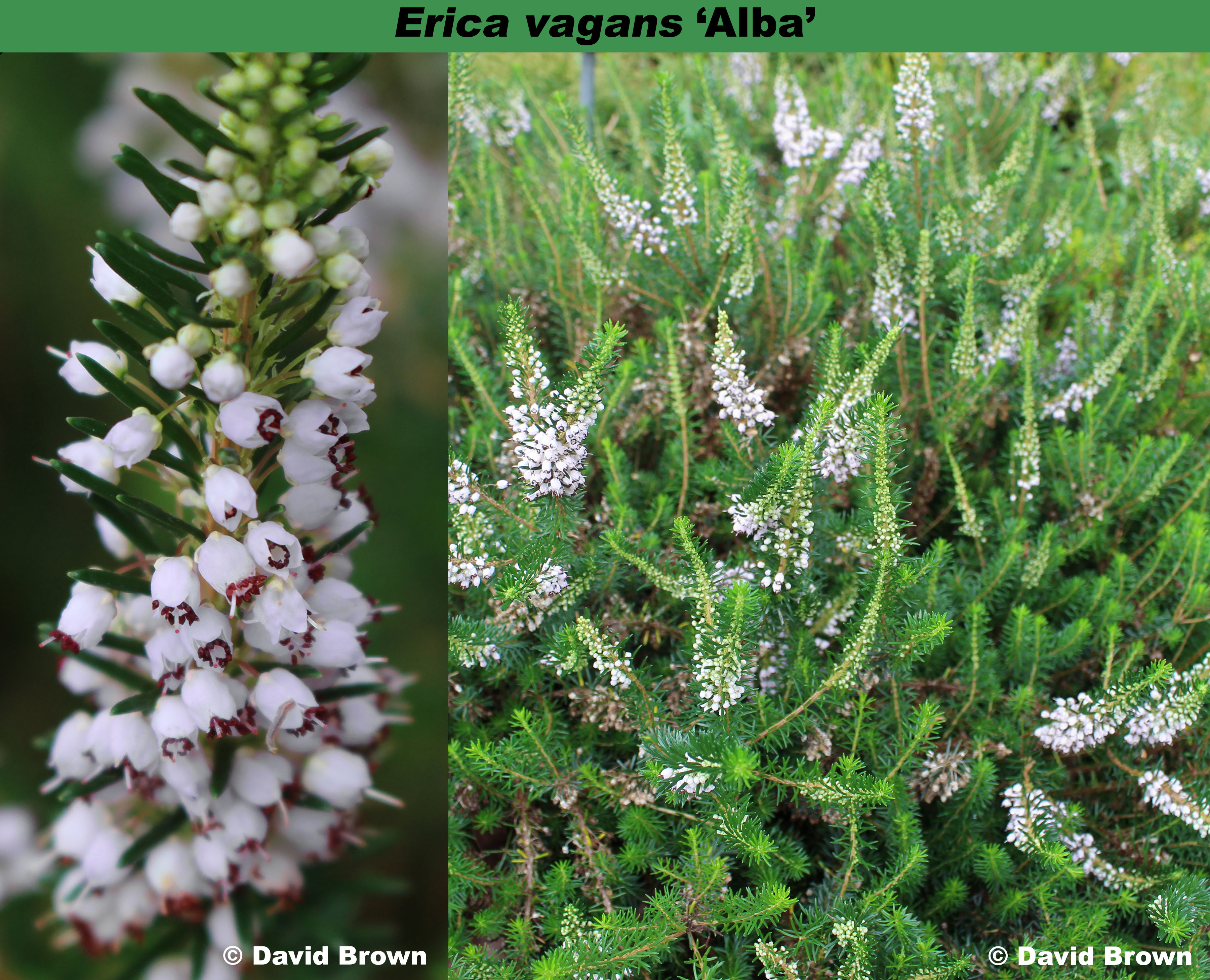