Watson’s heath was originally collected near Truro but there is no proof that this cultivar has any connection with the discovery of the hybrid.

Named after the cathedral city and capital of Cornwall, near which it was collected. Previously named Erica hybrida ‘Watsonii’. 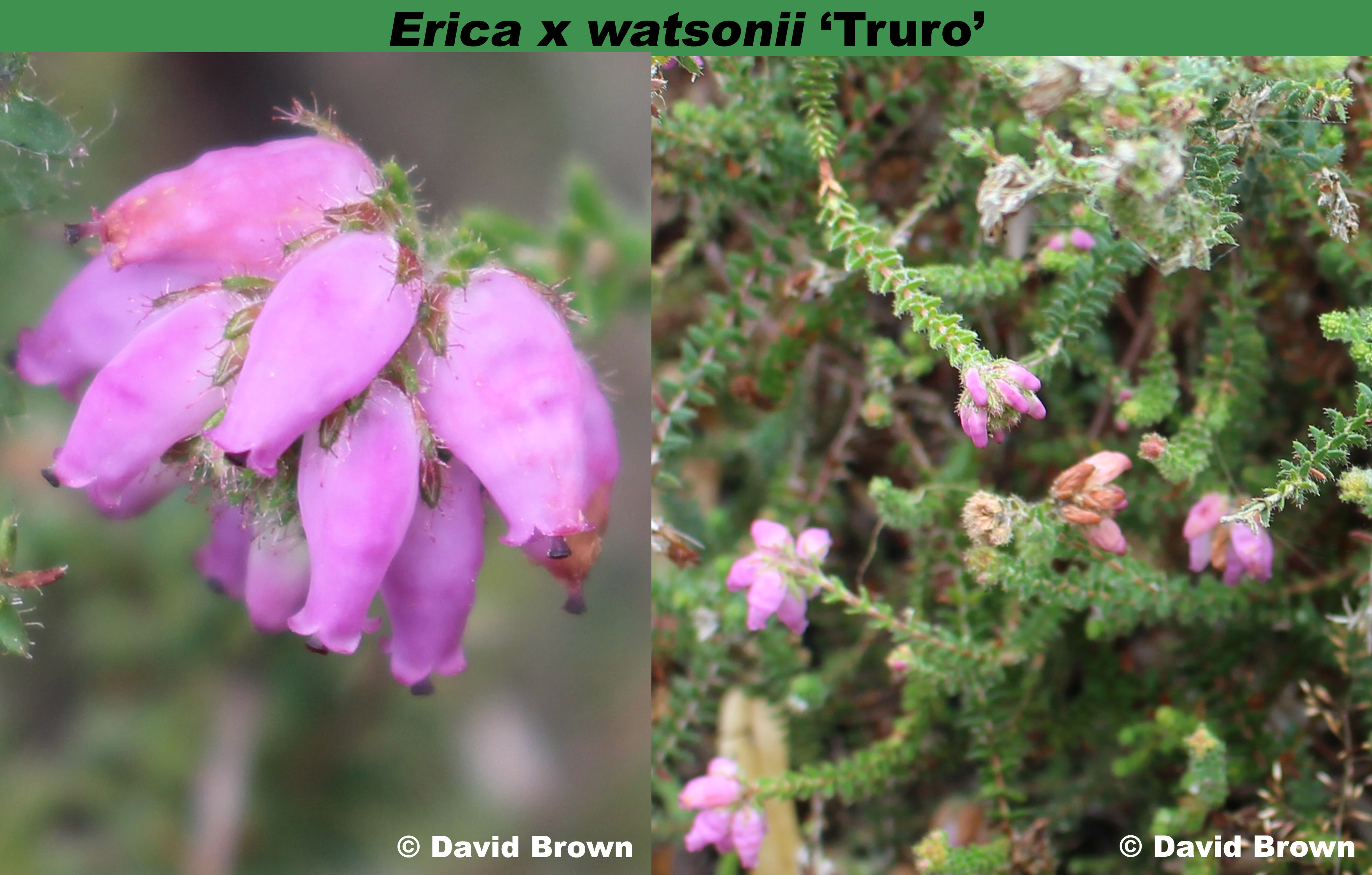