Lilac-pink (H11) flowers, VII–XI; mid-green foliage, young shoots tipped yellow during spring; height 21–25cm; spread 31–45cm. Dwarf and much-branched … with masses of small flowers of a pleasing pink produced up the stem – much as they are in Erica vagans – and occasional tufts of flowers lower on the stem.

Wild-collected (plant 2); found north-west of Trelan on The Lizard, Cornwall, England, by P. D. Williams (Lanarth) before 1910 (cf Turrill 1922). ‘He told me he actually found the plant nestling against his garden wall’. Found on the same day as Erica vagans ‘St Keverne‘.

Named after the finder. 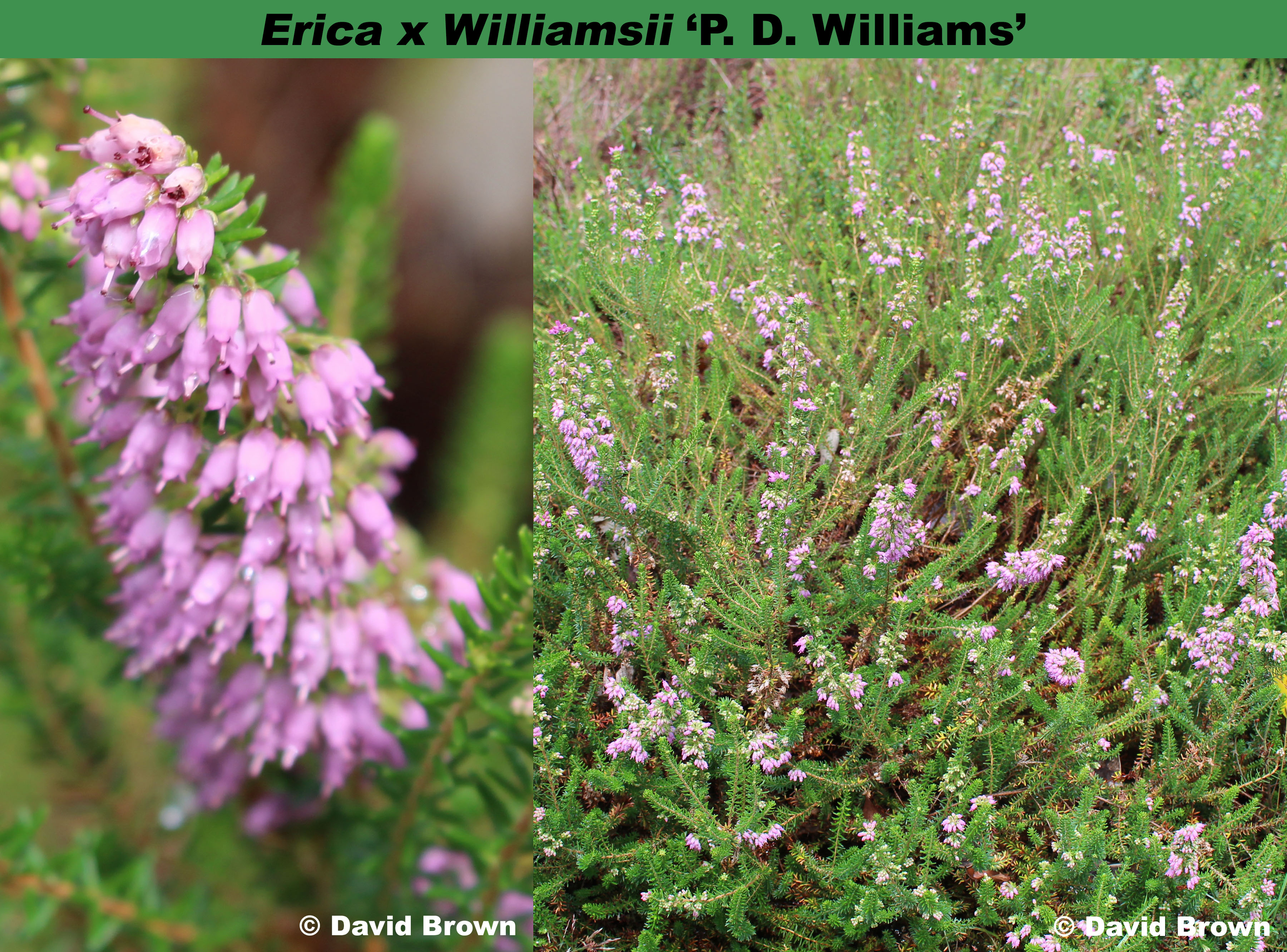