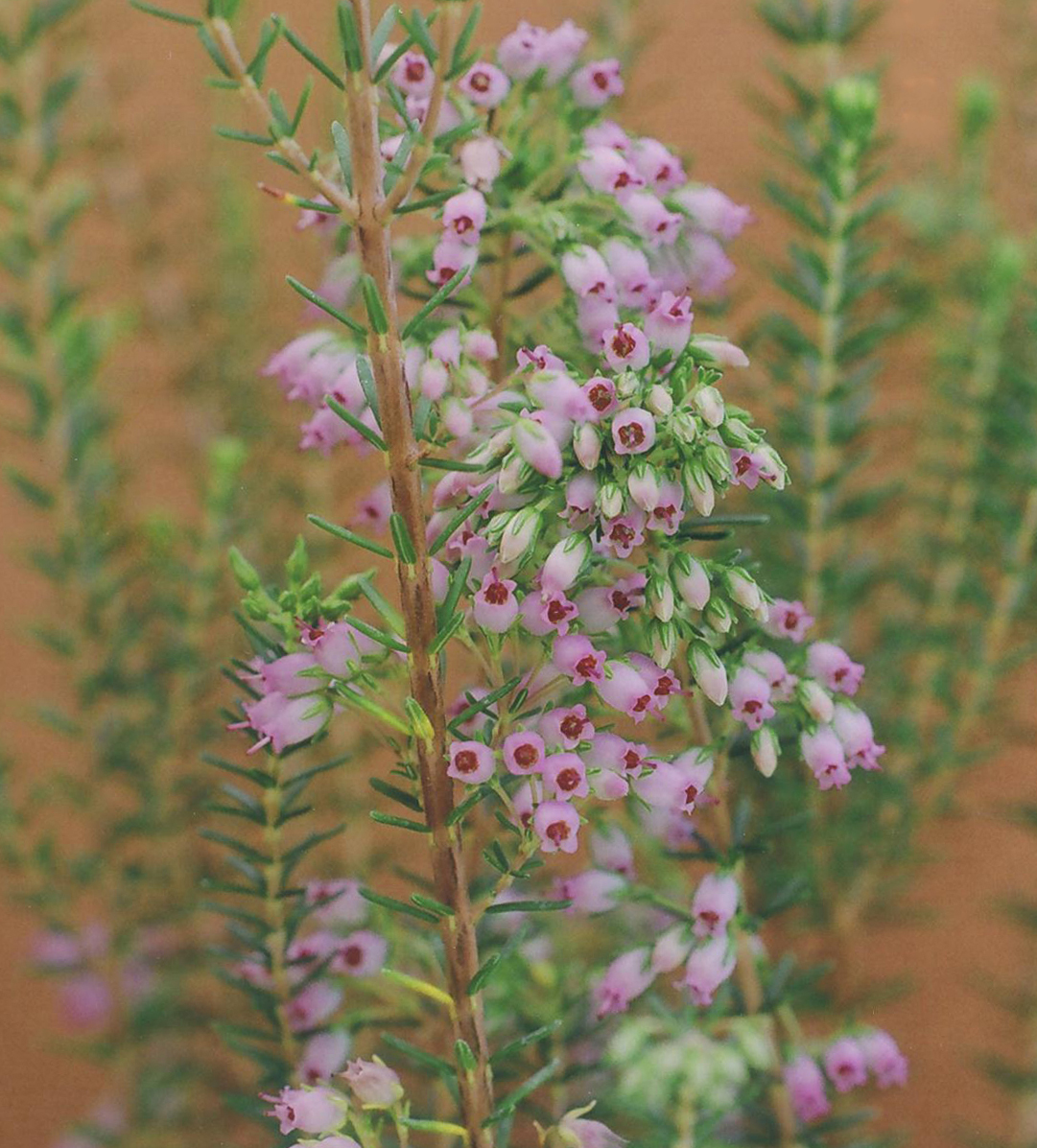 Blooms throughout autumn and winter into early spring.
One of the clones from Kurt Kramer (Edewecht, Germany), named after a borough in Loughborough, Leicestershire.
Erica x arendsiana : Arends’s heath

A hybrid between the bell heather (Erica cinerea) and the Corsican heath (Erica terminalis) which was first reported to have been created by Georg Arends. Kurt Kramer also succeeded in producing the same cross and extant clones represent his work.