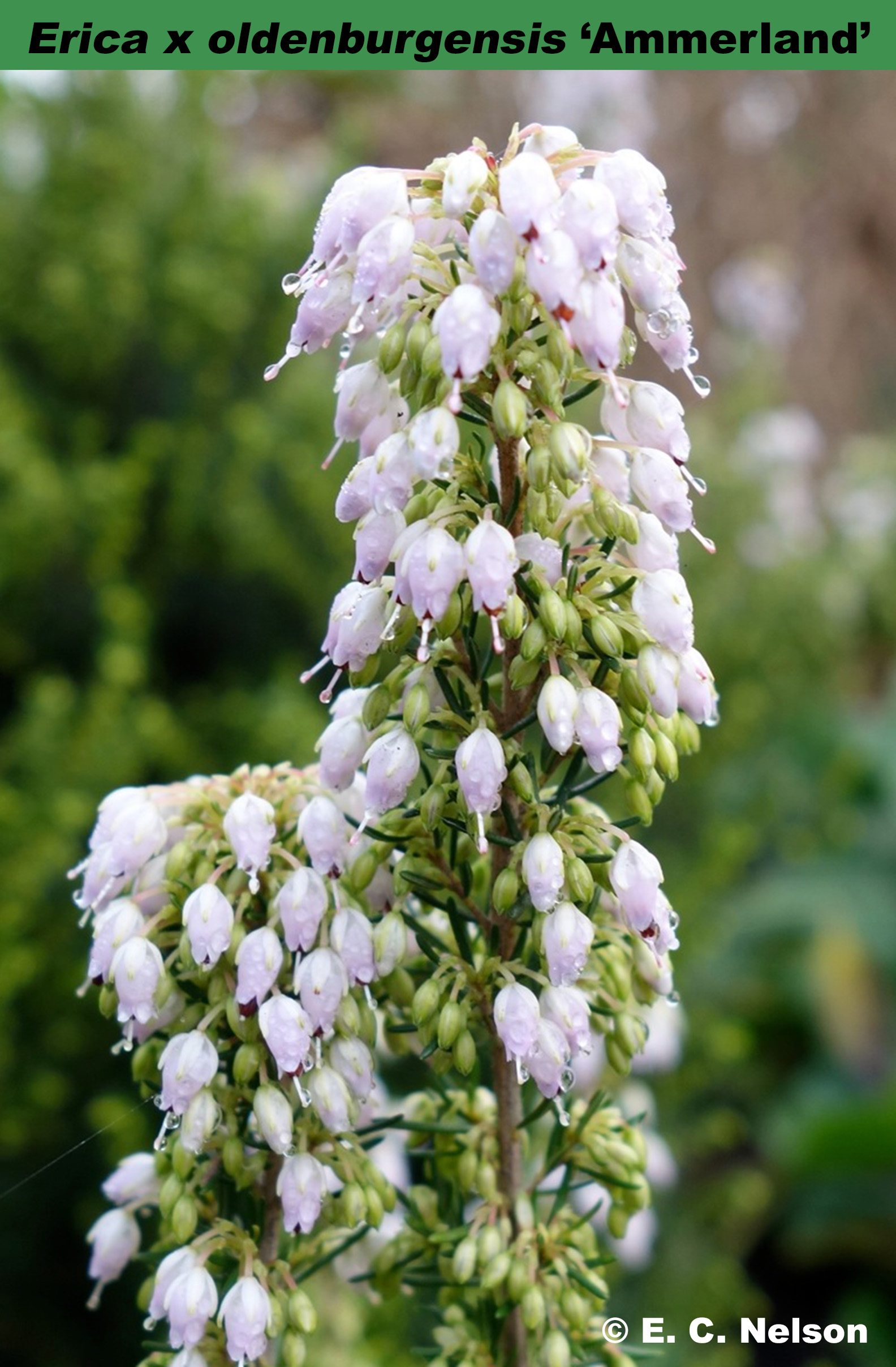 Happy Christmas and New Year to all who love heathers.

One to look out for in the new year, a very distinctive heather for spring.

Soft pink flowers on axillary shoots in terminal whorls of 3–5; calyx with 4 unequal lobes, waxy, thicker in texture than corolla, usually white with green or yellow-green tips; corolla ovoid, pink, to 5mm long; stamens 8, often malformed; anthers without spurs; III-V, with mid-green foliage which is tipped with vivid orange in spring. Looking more like Erica arborea, it has a much more compact and rounded habit up to 1m tall; leaves in whorls of 3, linear, to 1cm long.