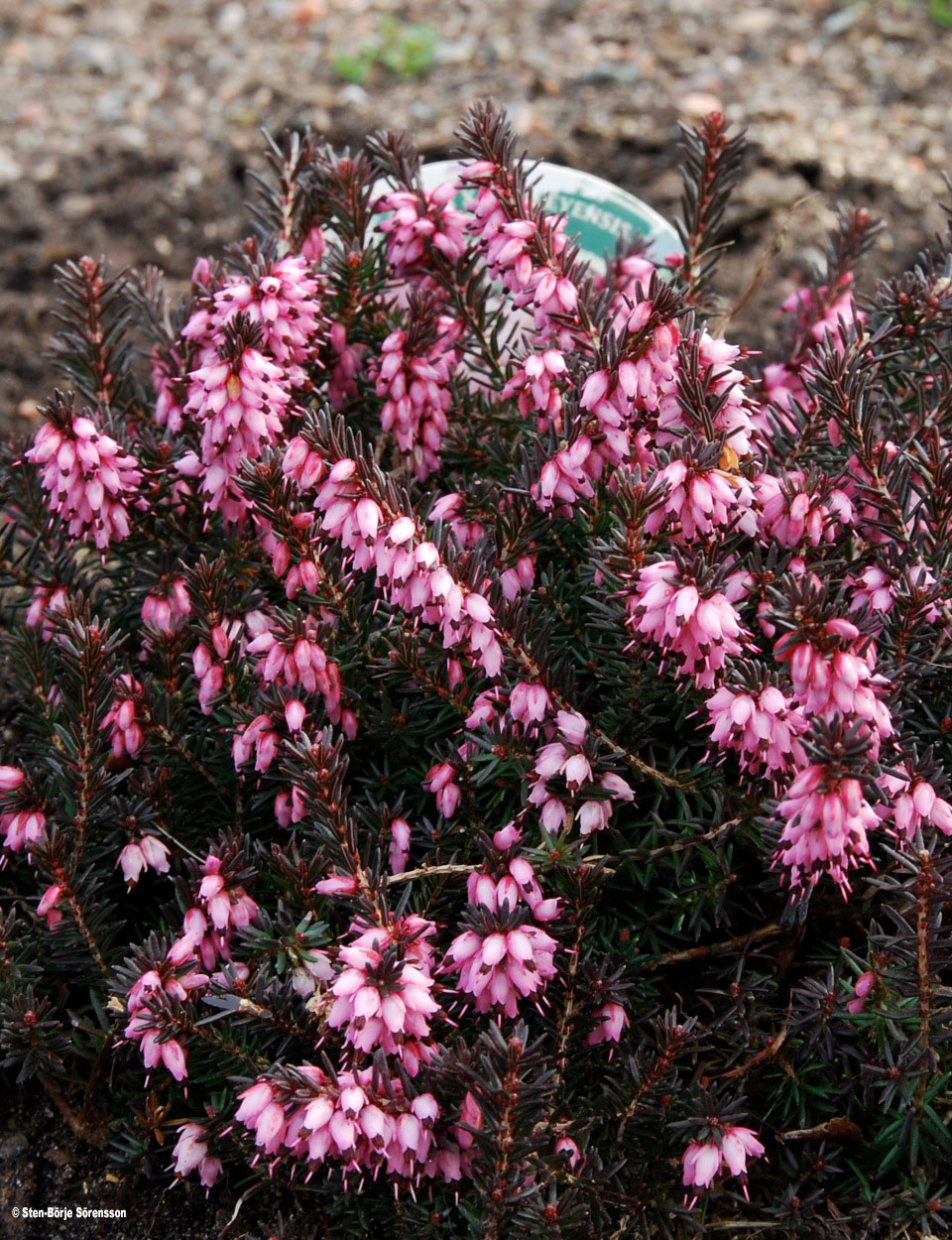 This was a chance seedling spotted in Forest Edge Nurseries, Wimborne, Dorset, in 2003. The finder, David Edge, believes it is the progeny of cross-pollination between Erica carnea ‘Treasure Trove’ (mountain heath) and Erica erigena ‘Irish Dusk’ (Irish heath) (the latter is one of The Heather Society’s recommended cultivars ….see).

Similar cultivars of Erica x darleyensis are named ‘Irish Treasure’ and ‘Winter Treasure’, both of Canadian origin, raised by David Wilson. These also are compact plants that can bloom throughout the winter and early spring – see “Philomath Frolickings” by Ella May Wulff in Bulletin of The Heathe Society 8 no 4 (Spring 2015), pp 8-9.