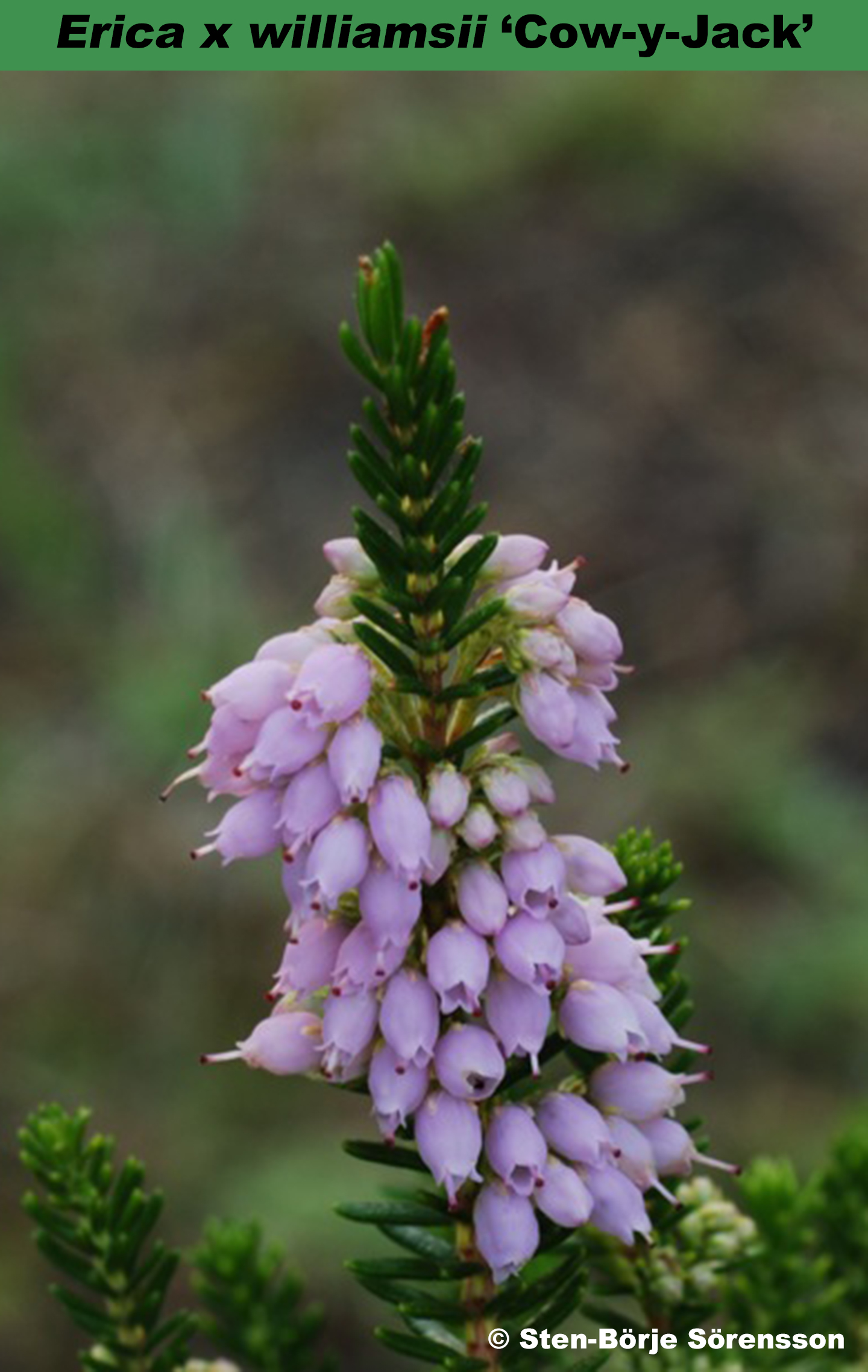 As a wild, naturally occurring hybrid between cross-leaved heath (Erica tetralix) and Cornish heath (Erica vagans), this is apparently endemic to the Lizard Peninsula, Cornwall (see Heathers 4: 45–56. 2007). However, Erica × williamsii could also exist in France and Spain where the parent species co-exist.

Williams’s heath, named after P. D. Williams, has also be created artificially, and clones of both wild and garden origin are available. They will grow on most alkaline soils, and all exhibit, some more than others, coloured shoots in spring.

Named after the place in Cornwall where it was found.