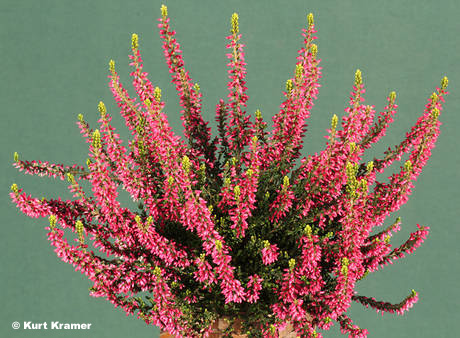 Description in Supplement XIV (2014), Heathers 11: 68 is erroneous: the description above is correct. 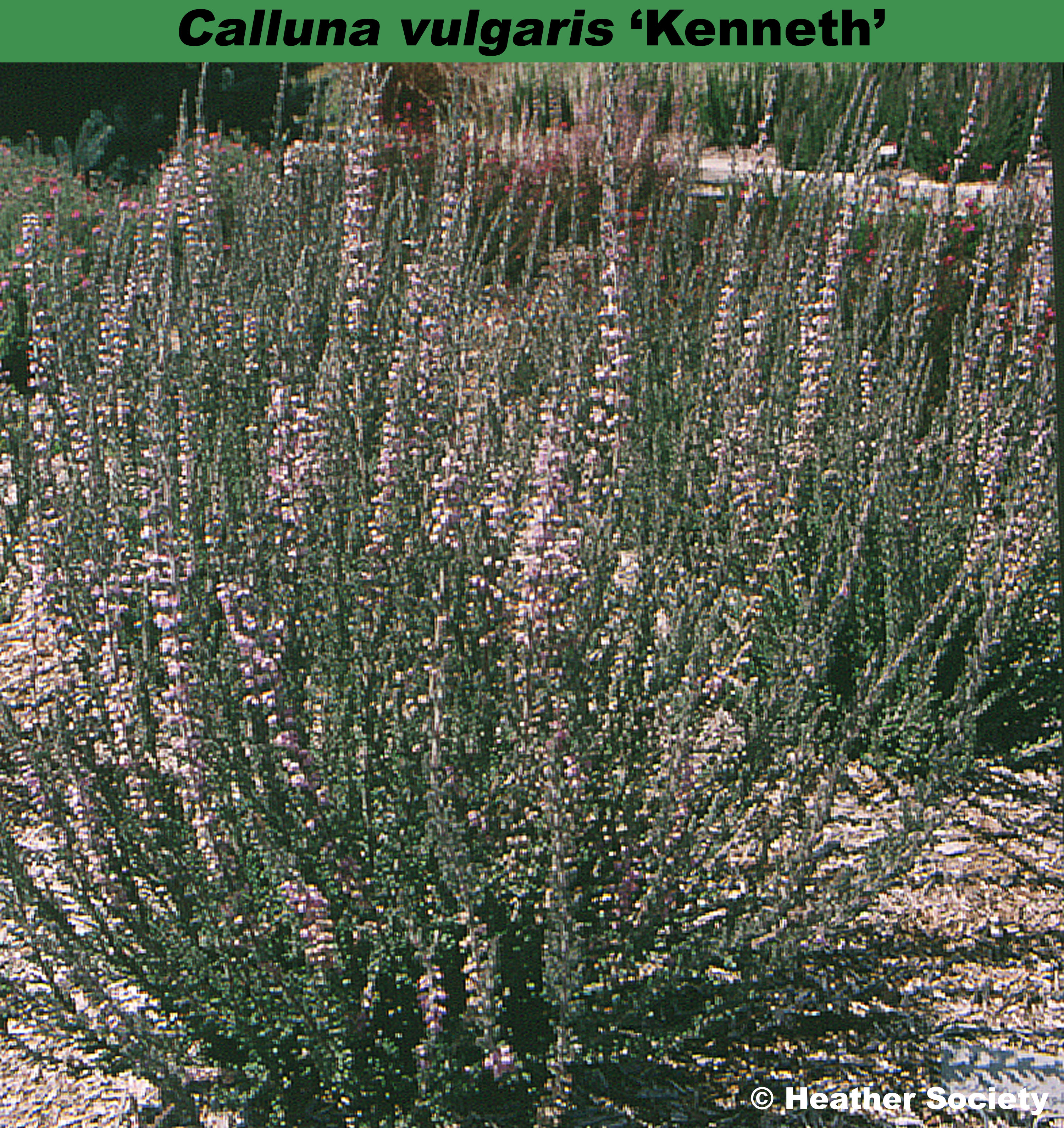 Little is known about this cultivar. However, from the image, Pink flowers; foliage dark green; habit very upright.

“The lady we dealt with was Mrs Manning’s neice and was very knowledgeable about heathers & told us she had developed ‘Kenneth’ and had named it.” 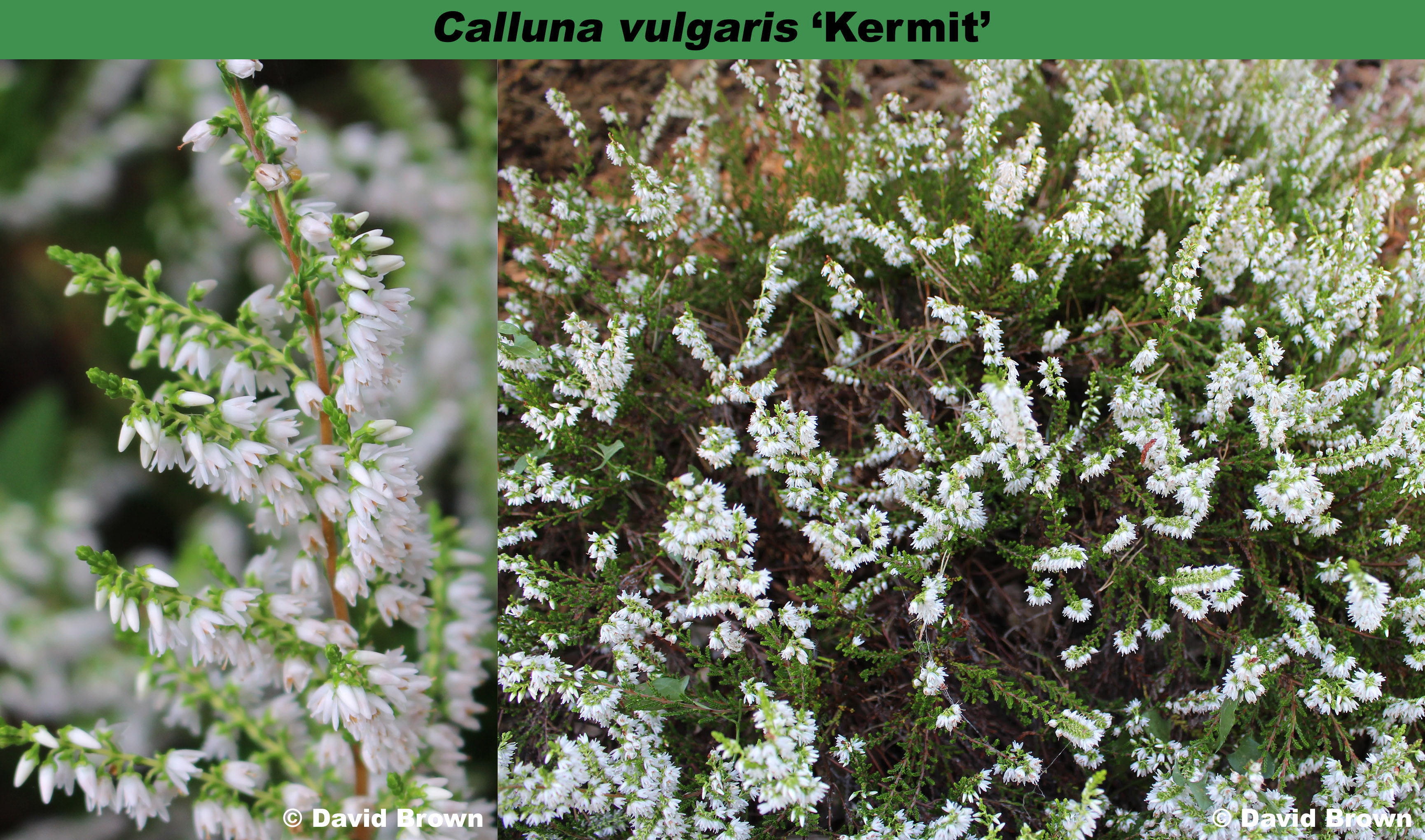 Seedling; selected by A. Bosch (Westerlee, Netherlands); introduced by Bosch in 1991.

Named after a frog puppet in a TV programme.

White flowers [no other information available]. 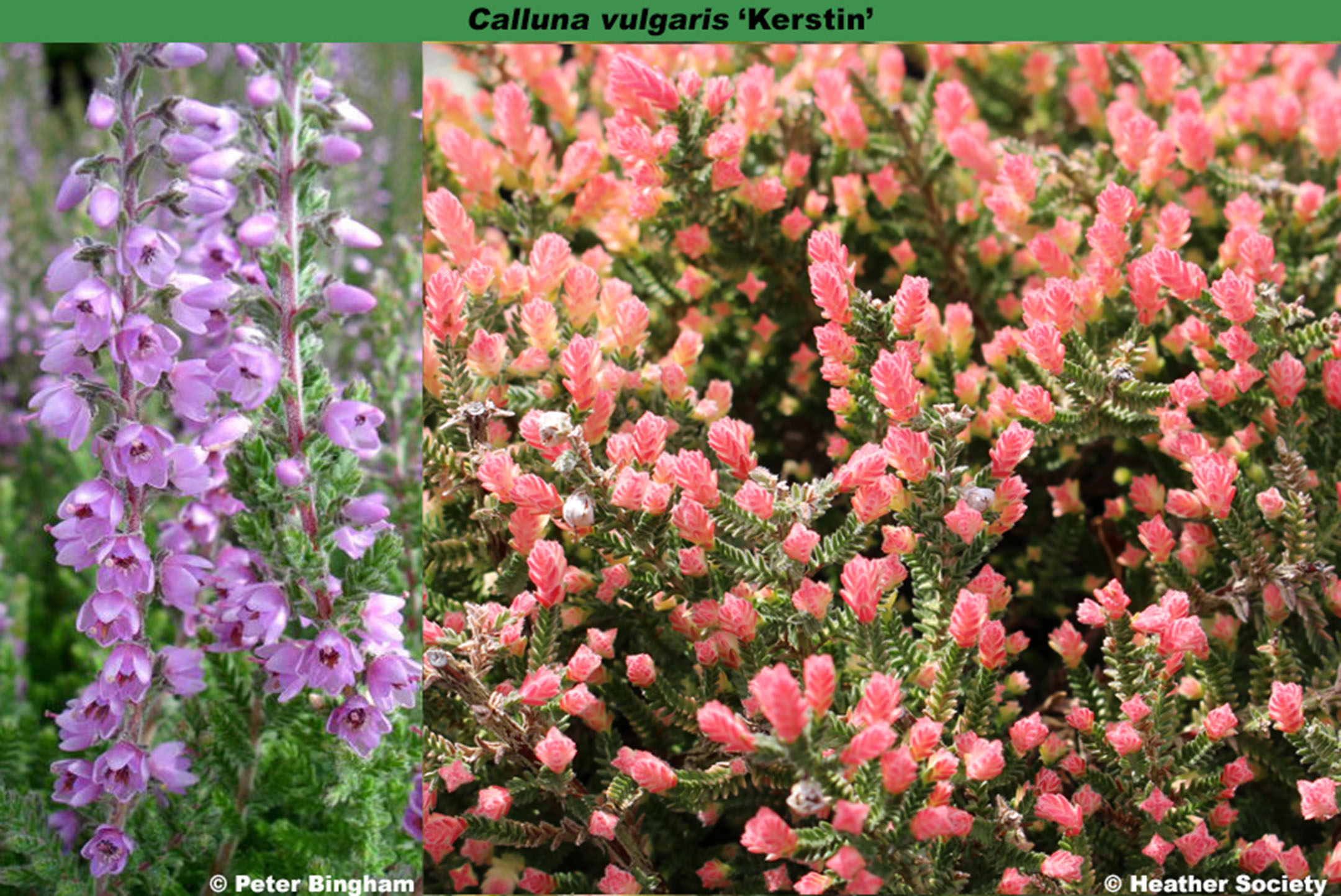 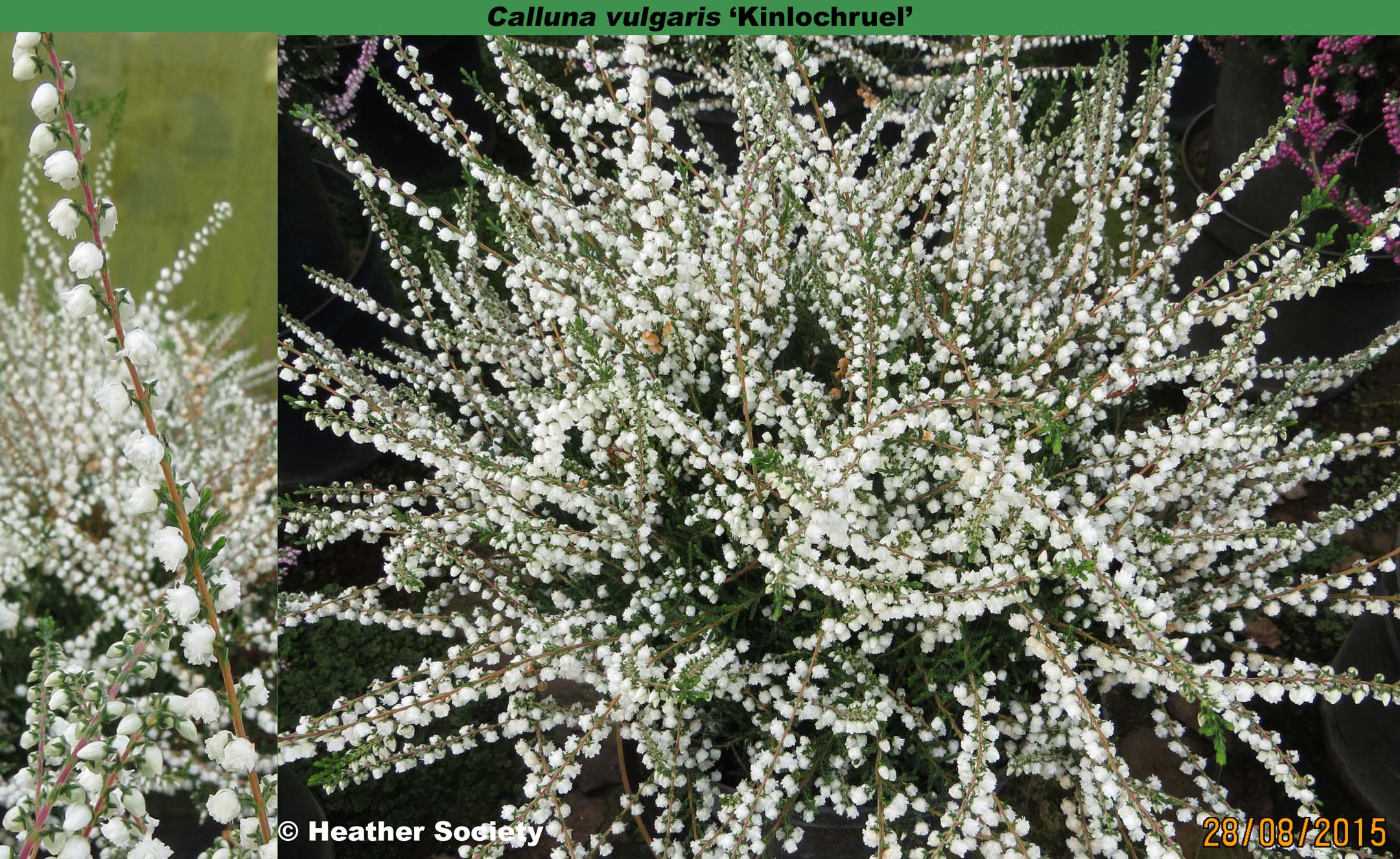 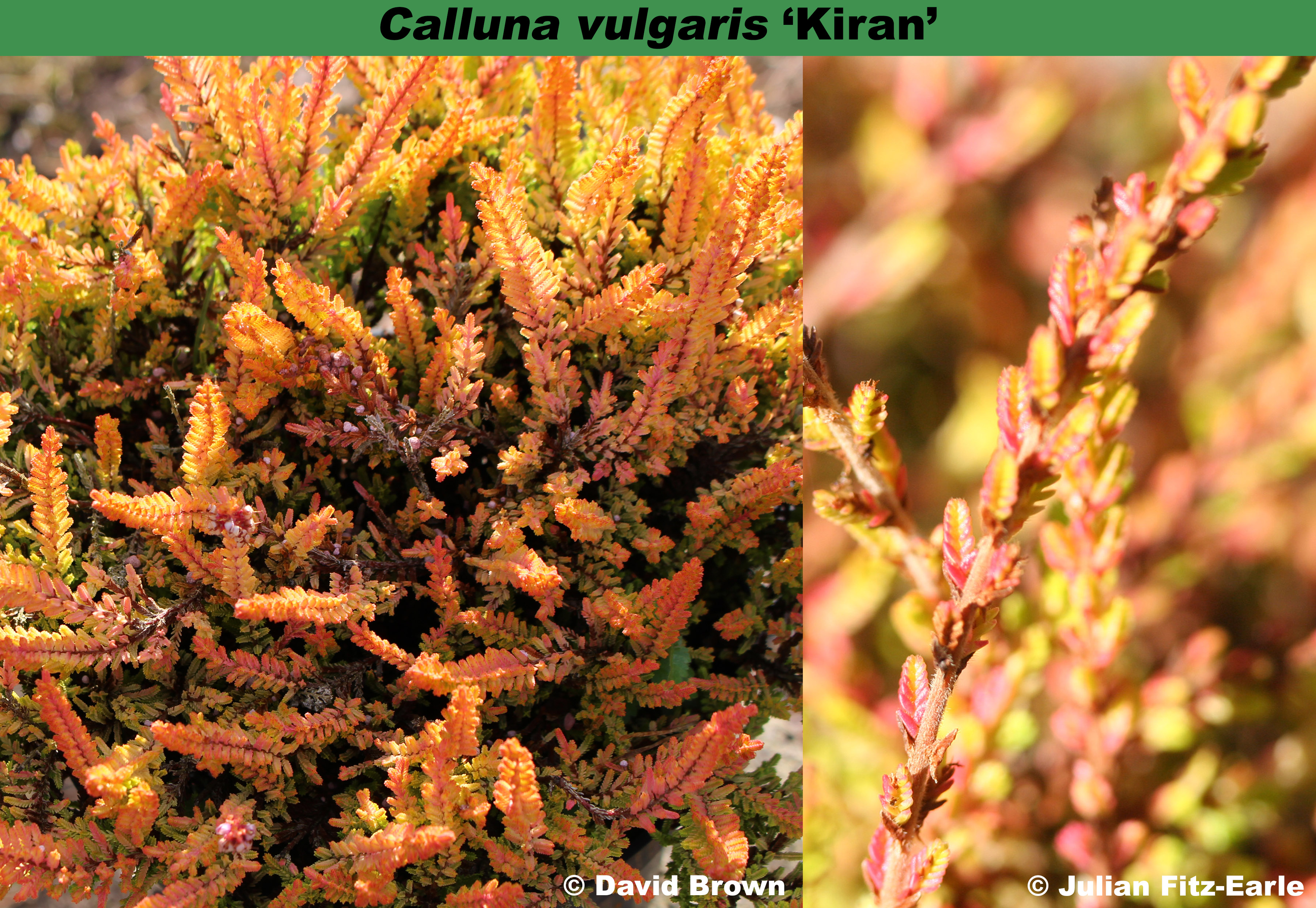 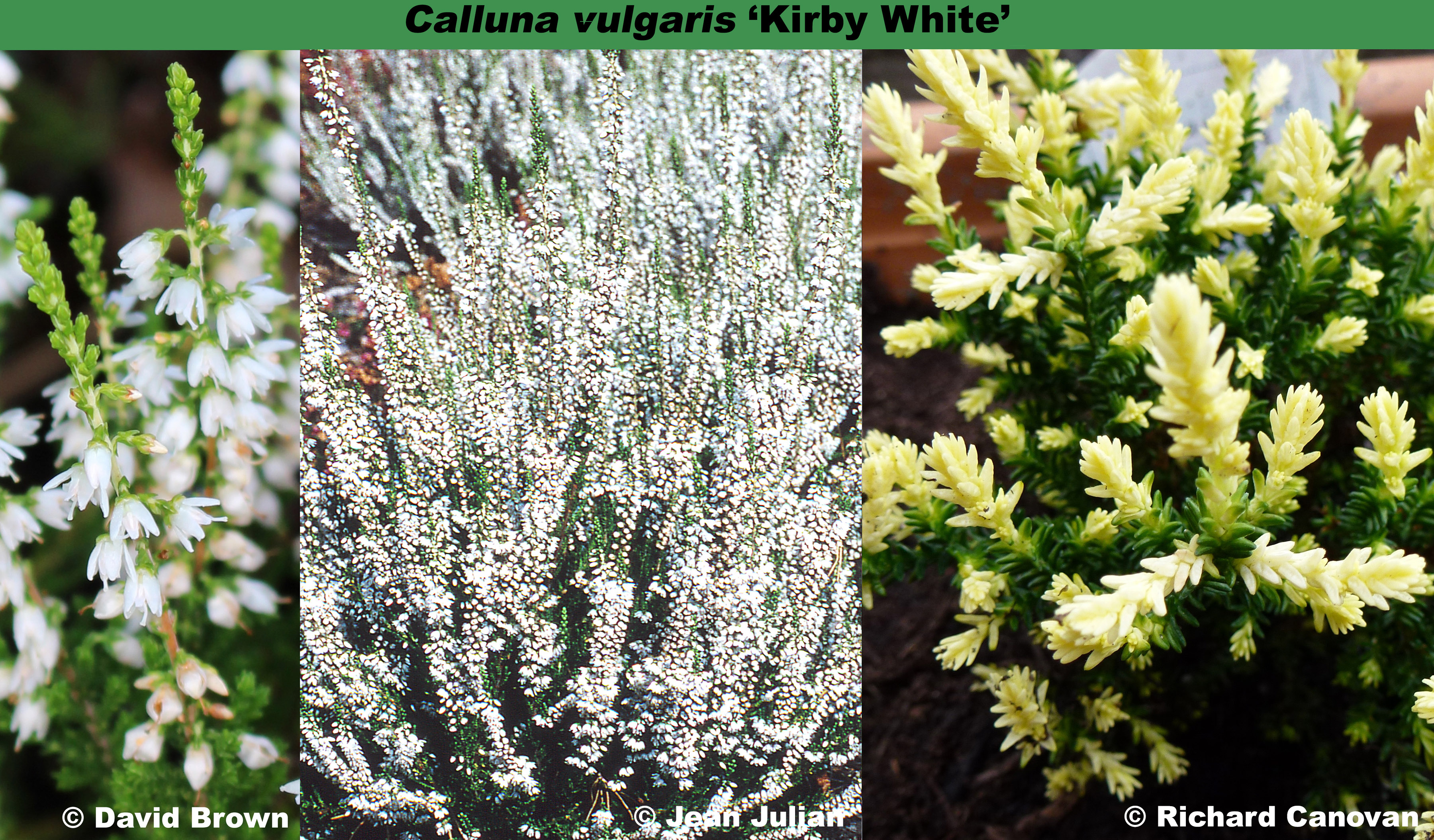 Named after the nursery and the flower colour. 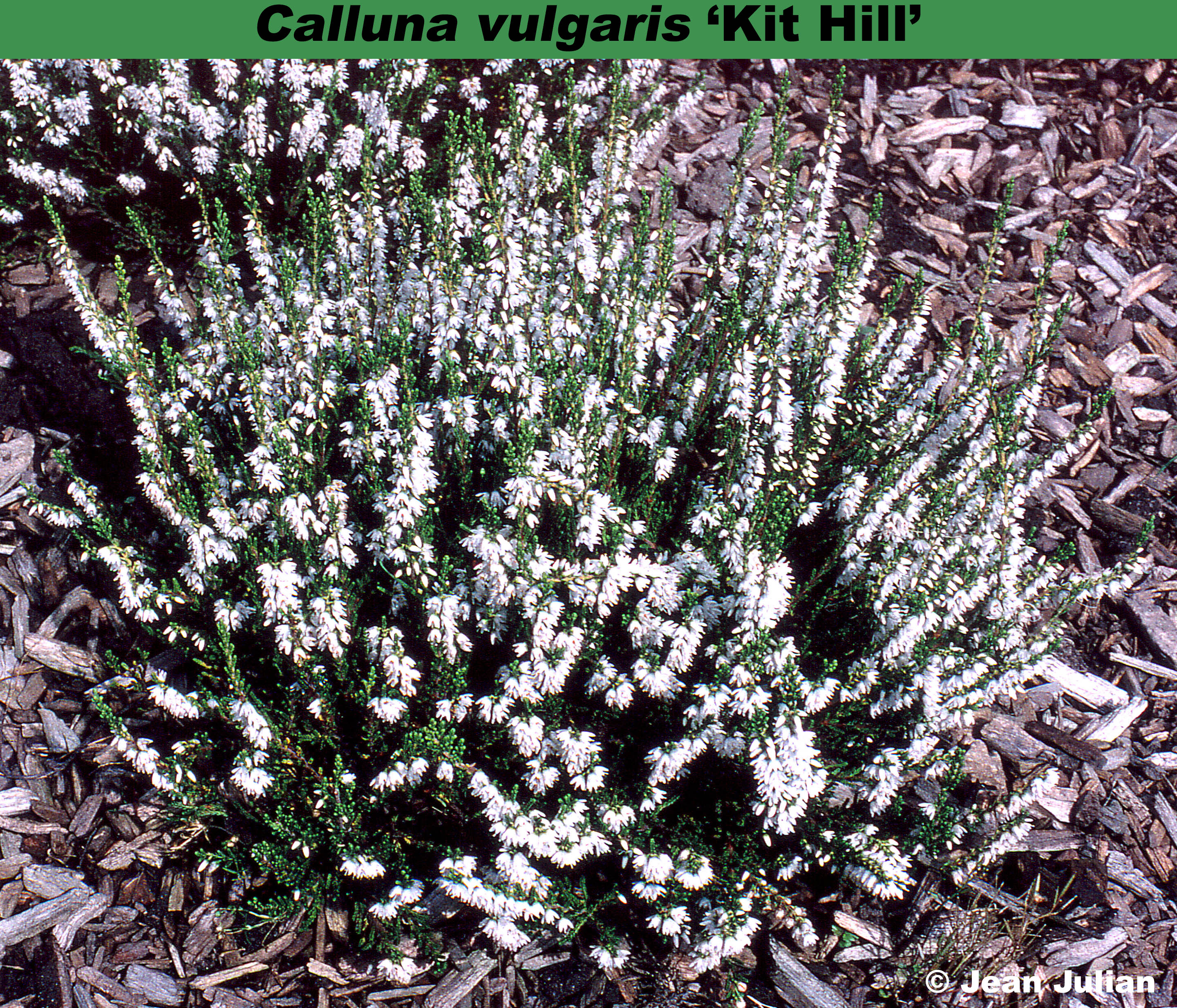 Wild-collected; found at Kit Hill, near Gunnislake, Cornwall, England, by J. A. Michell by 1948; introduced by Maxwell & Beale (Broadstone, Dorset) about 1948.

Named after the hill where it was found near Gunnislake, Cornwall. 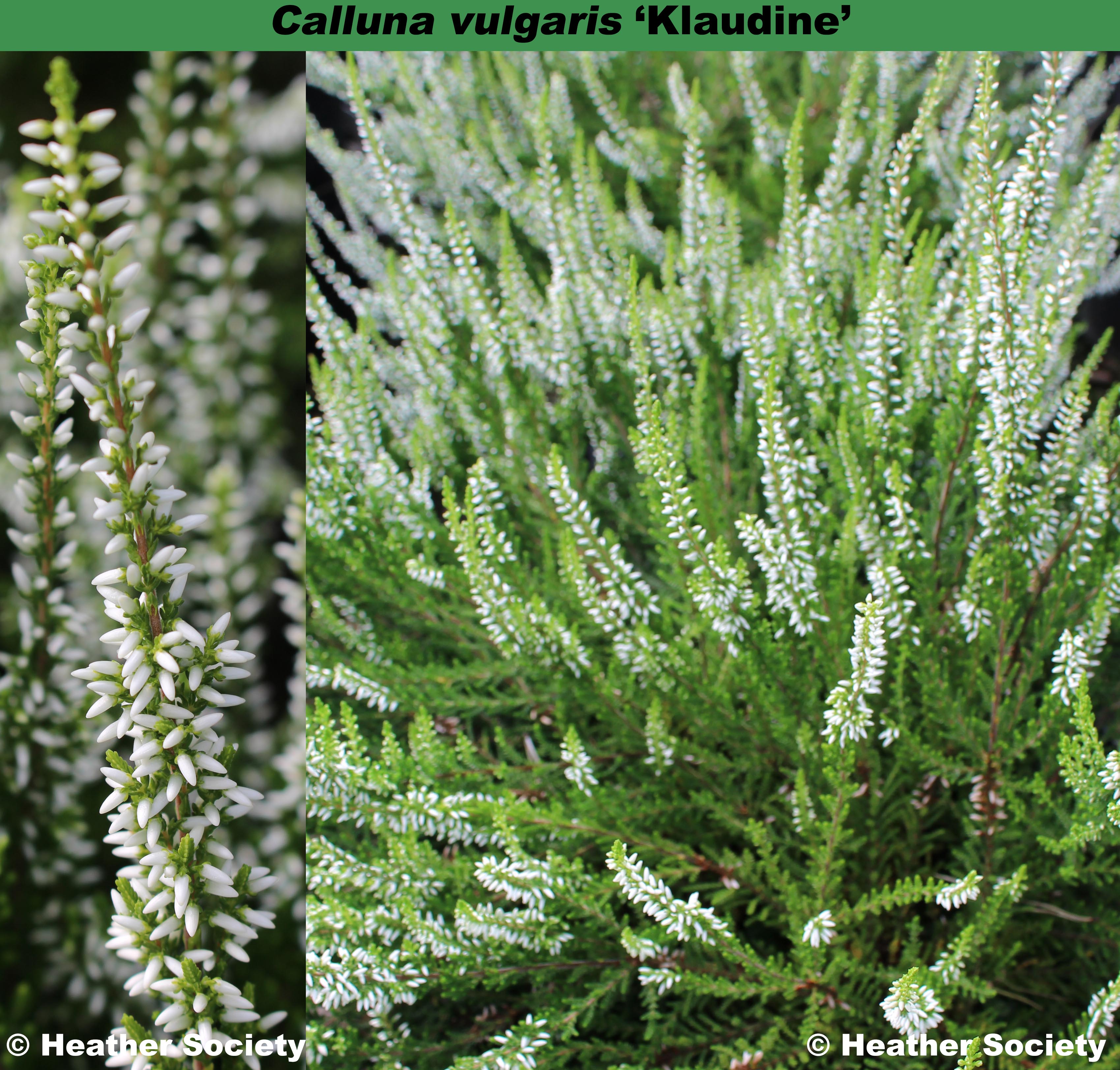 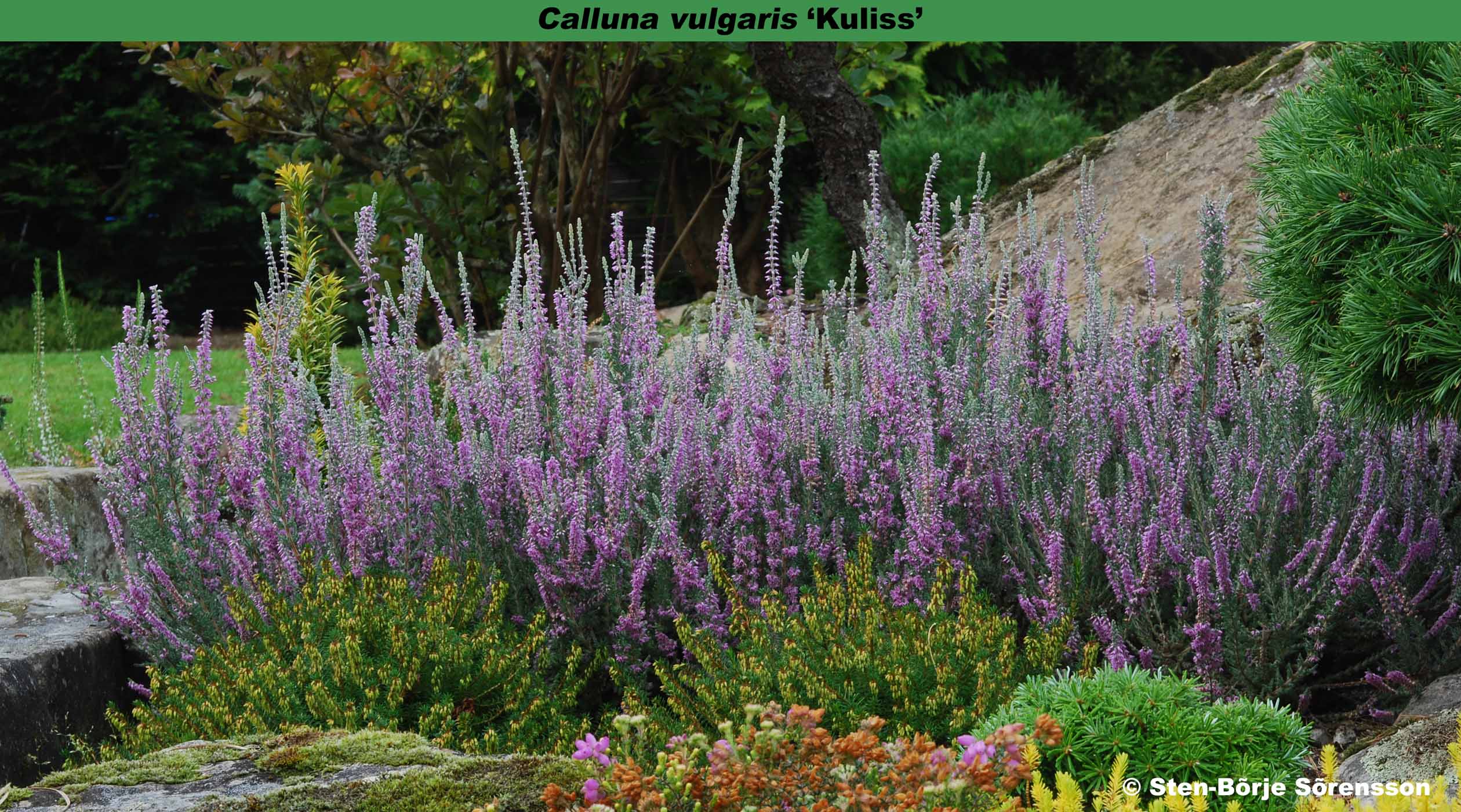 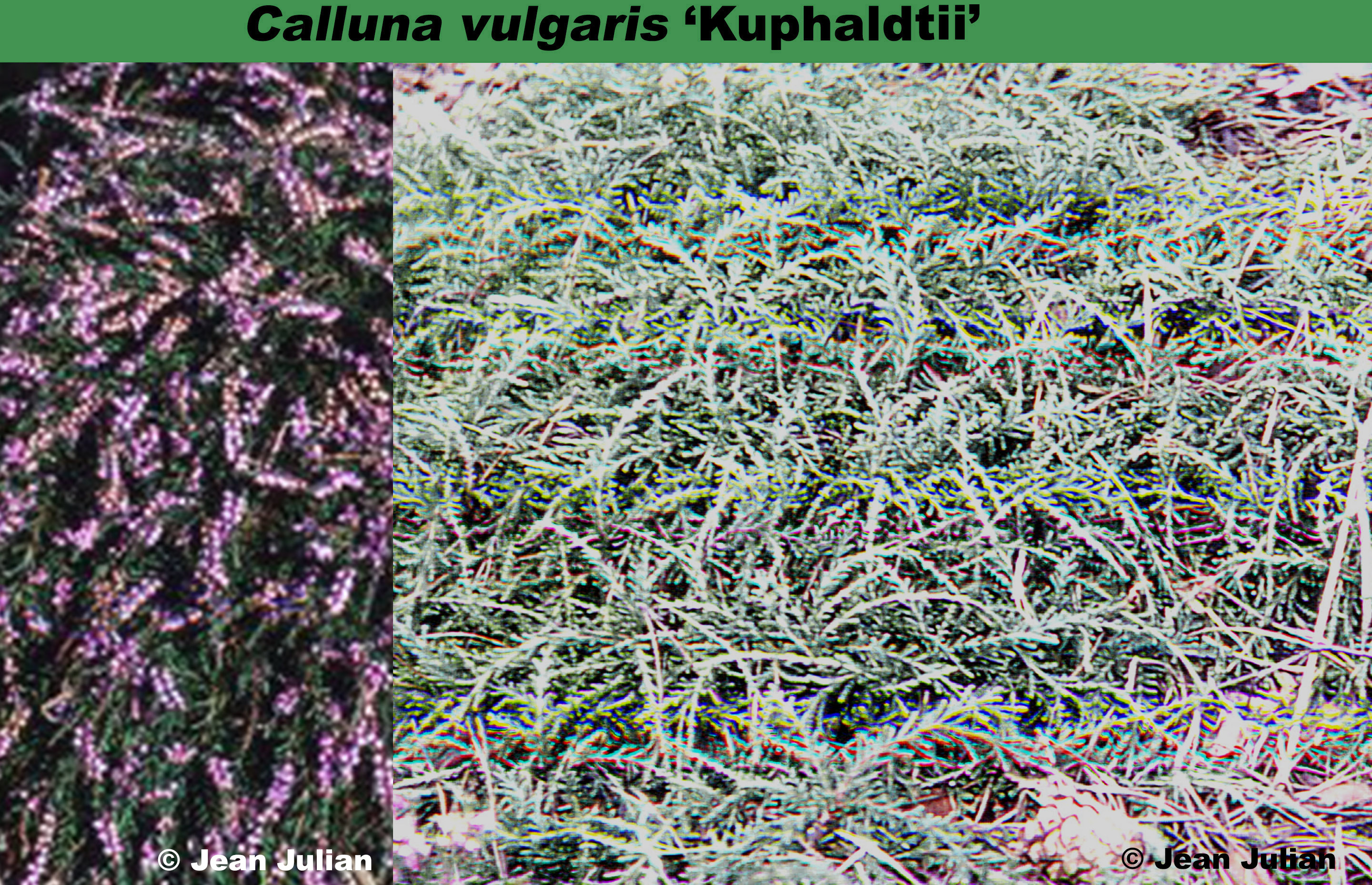 Wild-collected; found on Oldenburg Moors, Germany, before 1932 by Herr Kuphaldt of Berlin; introduced by Hesse Nurseries (Weiner, Germany) in 1932. 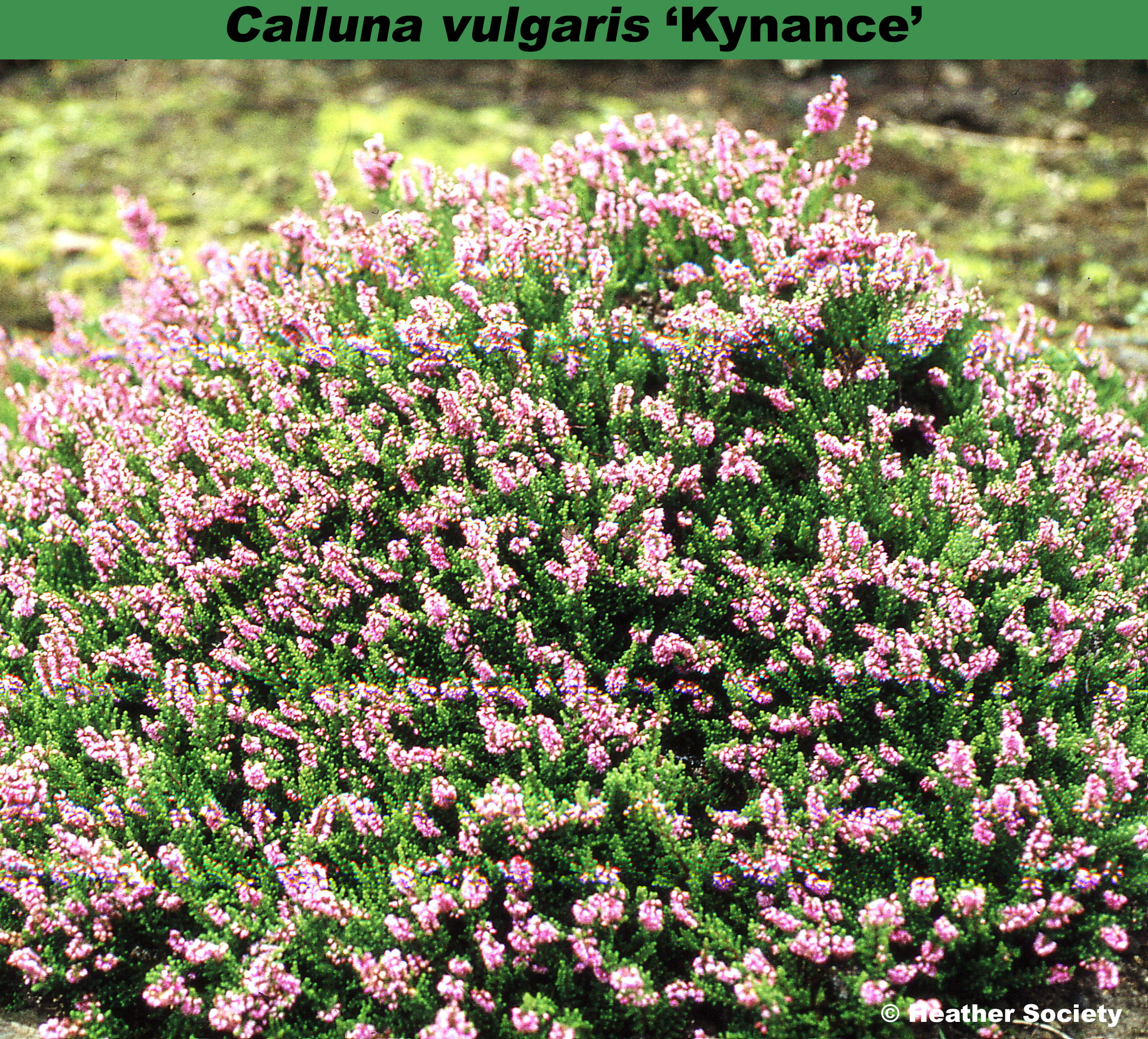